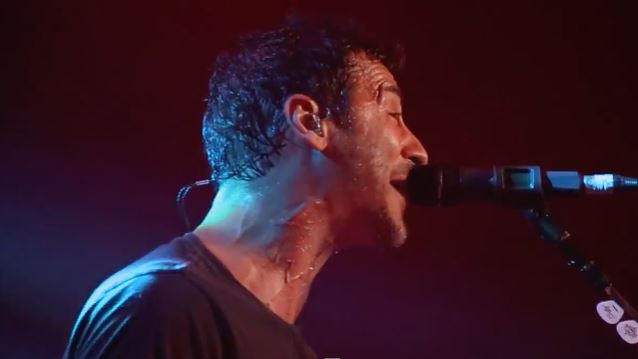 GODSMACK's video for the song "Something Different" can be seen below. The clip was directed by Boston-based photographer Paris Visone.

Speaking about "Something Different", the second and latest single from GODSMACK's "1000hp" (One Thousand Horsepower) album, singer Sully Erna said: "We're excited about this one, because we really do feel that this is probably gonna be the biggest single on the album, or at least we're hoping it to be."

He continued: "It's a really special song, it's really unique, definitely branching out from what we usually do, and a little bit more on the commercial side of things, but it's still powerful and it has a really big hook and I love the track. It's cool. It's a really unique song that we created. It's not your typical GODSMACK song, but we like to take a risk once in a while. There's just something special about it, so we're hoping for the best."