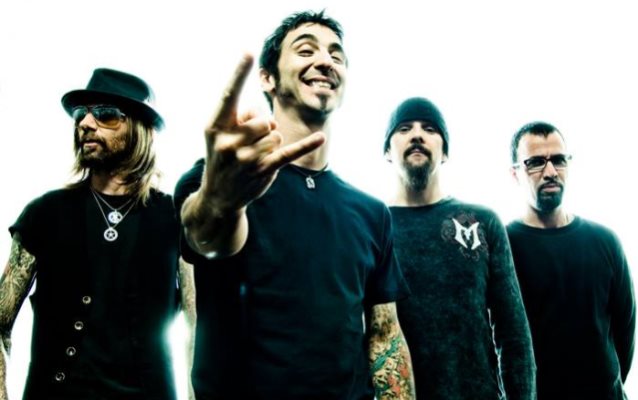 A 27-second audio preview of GODSMACK's new single, "1000hp" (One Thousand Horsepower), is available in the YouTube clip below. The track will be released to radio on June 9, and a digital single will be made available on June 10.

"1000hp" is also the name of GODSMACK's new album, which will be out later this summer. The band's frontman, Sully Erna, described the sound of the band's sixth studio effort to The Pulse Of Radio as "a little bit more raw, a little bit more open. The writing was a little freer. The production is really kind of raw and in your face, and the songs, man — I'm really, really excited about these songs. And I have to tell you honestly, I wasn't that excited about writing this record at first."

An official release date for GODSMACK's new album has yet to be nailed down, but Erna said that fans should watch for tour dates in August.

Following the tour cycle for 2010's "The Oracle", Erna told The Pulse Of Radio that years of working together almost non-stop were taking their toll on the group. "You know, it was getting rough," he said. "You know, I'm not gonna lie — the band was getting into a funky place and there was talks about breaking up and, you know, not really staying a band anymore. But you know, I think it was just some time we needed, some time to really reassess the thing and really appreciate what we have as a band. We've always been kind of level-headed about things and eventually we just needed to let a little time pass and let the dust settle."