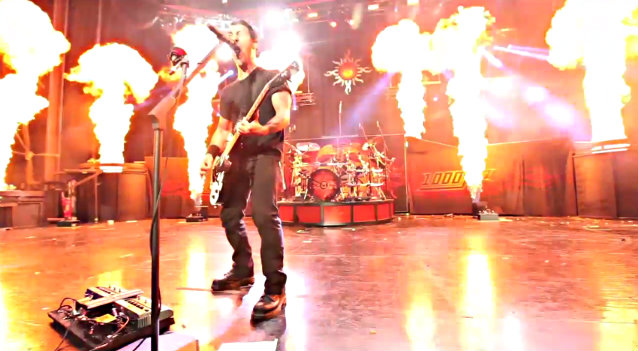 According to The Pulse Of Radio, GODSMACK canceled its headlining performance at the Mount Airy, Pennsylvania date of the Rockstar Energy Drink Uproar Festival tour on Saturday night (August 23), citing "unforeseen production/technical issues." The band wrote at its Facebook page that "none of the main stage acts on Rockstar Uproar Fest were able to play today on the main stage due to unforeseen production/technical issues with that stage itself."

However, 10 other bands, including main-stage acts POP EVIL, ESCAPE THE FATE and BUCKCHERRY did manage to perform their sets. SKILLET ended up as the evening's default headliner, closing out the day with a 45-minute set that ended just before 7:00 p.m.

GODSMACK later responded to negative feedback from fans by writing, "I guess that's what we get for bringing back all the pyro and drum duel after everyone was askin' for it back. Findin' out after it's too late to re-work the whole stage and set sucks . . . We wish we didn't find out last minute today as we were setting up."

GODSMACK singer Sully Erna told The Pulse Of Radio that he always felt the music was more important to the band's live show than a big production. "We know that this band holds up live, we know that this band has great songs that we deliver," he said. "It's very interactive with the audience. There's a lot of sing-alongs, things like that, and so we don't really need that stuff. We'd just done it because we were always a fan of that kind of big show, and we grew up with AEROSMITH and IRON MAIDEN and JUDAS PRIEST."

GODSMACK is on the road behind its new album, "1000hp" (One Thousand Horsepower), which debuted on the Billboard 200 album chart at No. 3 earlier this month. 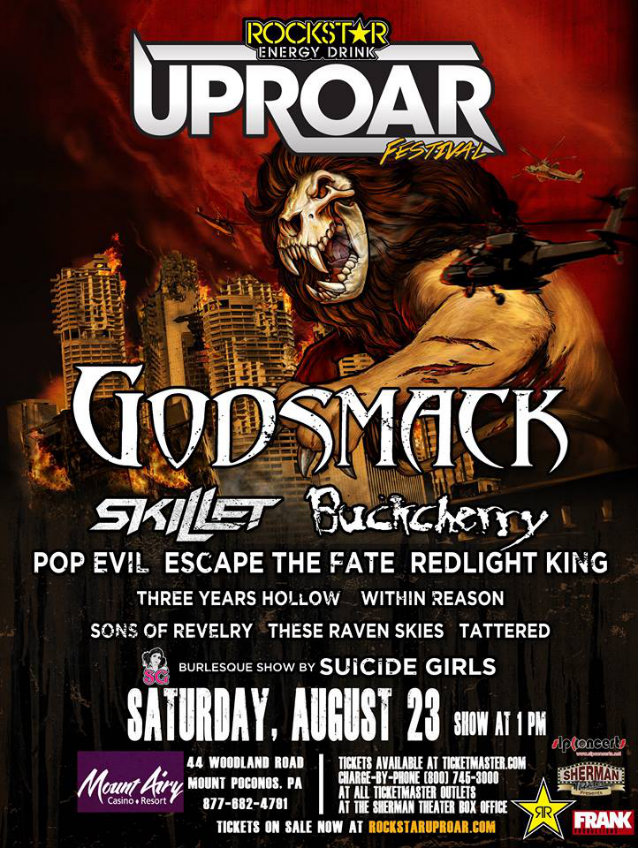