GODSMACK and HALESTORM will join forces for a month-long U.S. tour in the fall. The trek will kick off on September 20 in Green Bay, Wisconsin and end on October 18 in Tulsa, Oklahoma. 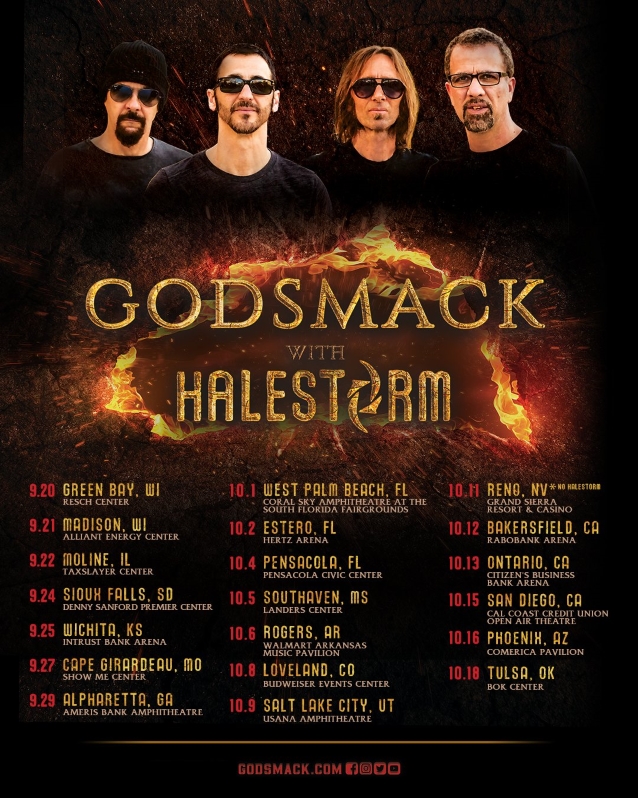