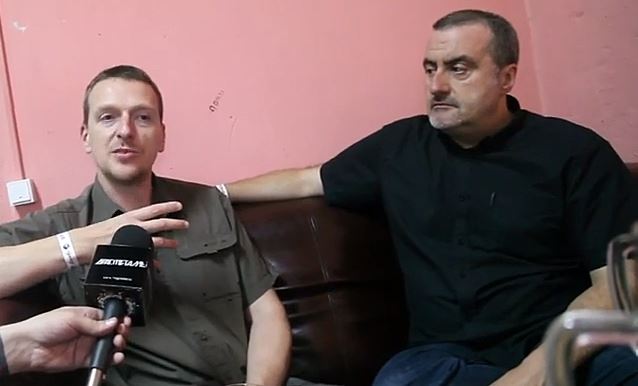 DrugMetal.ru conducted an interview with reformed industrial metal pioneers GODFLESH prior to their August 24 concert at Moscow Hall in Moscow, Russia. You can now watch the chat below.

GODFLESH will release its first new recording in over 12 years through Decibel magazine's Flexi Series in October. A cover of the track "F.O.D. (Fuck of Death)" by legendary death thrashers SLAUGHTER (Canada) will be included in the subscriber version of the magazine's November issue (streeting October 5).

In a recent interview with the French radio station Le 106, GODFLESH's Justin Broadrick stated about the band's forthcoming album — which is tentatively titled "A World Lit Only By Fire" and due in May 2014 — "It will be [musically] similar to the first two or three [GODFLESH albums]. I just think, like we're playing these shows, we feel very pure about we're doing and honoring the initial intentions with what we originally set out to do. Which, I think, like most bands and musicians and all the rest of it, by the time you get on to your fourth album, it's somewhat of a dilution going on to what you initially tried to achieve. It will definitely sound aggressive and it probably won't sound like any of the other records we've made, but it will have the minimalism of the first few records." 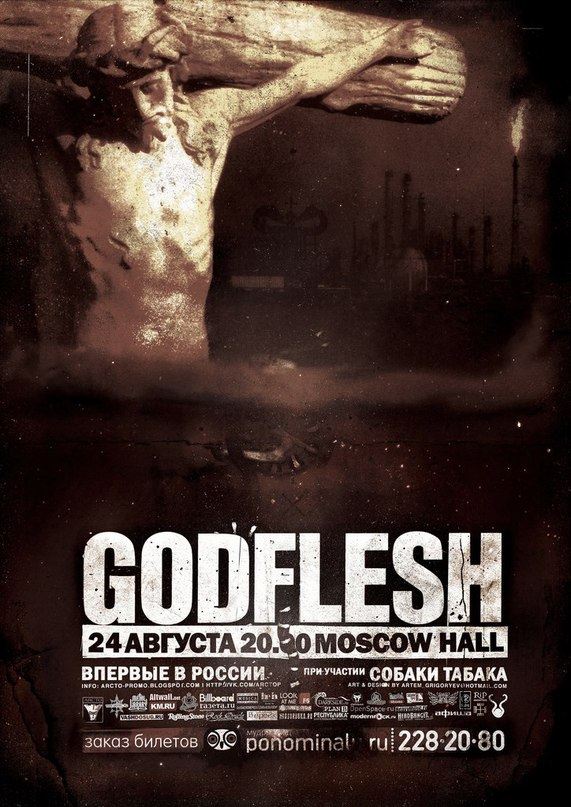