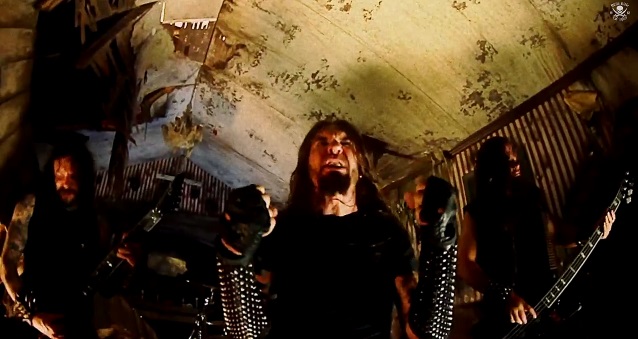 "Baring Teeth For Revolt", the new video from New Orleans, Louisiana's sons of American no-frills-black-metal-meets-death-'n'-roll GOATWHORE, can be seen below. The high-speed raging performance clip was shot at the infamous House Of Shock in New Orleans by videographer David Brodsky of MyGoodEye (HELLYEAH, WHITECHAPEL, CANNIBAL CORPSE) and wholly captures the band's bludgeoning live energy.

"Baring Teeth For Revolt" is taken from GOATWHORE's new album, "Constricting Rage Of The Merciless", which was released in North America on July 8 via Metal Blade Records. The CD was recorded with producer Erik Rutan at Mana Recording Studios in St. Petersburg, Florida. This is GOATWHORE's fourth studio outing with Rutan at the helm, and to achieve an even more dark and powerful tone on this album, all drums, bass, and rhythm guitars were tracked to two-inch tape!

Erik Rutan commented on the recording sessions: "Working with GOATWHORE again for our fourth album together was amazing! It is through our experience and established trust and bond in the studio that allowed us to push each other to the limits, only to achieve the best performances and tones we could.

"This album came out so dynamic and huge, partly due to the fact that we recorded drums, bass, and main rhythm guitars to analog tape.

"GOATWHORE has a massive sound and we all felt recording to analog would be the best way to capture it, giving it a very unique quality and feel, built off of integrity and vibe.

"This is our finest moment working together and the guys did an incredible job creating and performing all the songs on this record.

GOATWHORE will take part in the eighth annual Summer Slaughter Tour, which runs from July 17 through August 10. It also features MORBID ANGEL, DYING FETUS, THE FACELESS, THY ART IS MURDER, ORIGIN, DECREPIT BIRTH, WITHIN THE RUINS and FALLUJAH. The tour will stop at The House of Blues in Los Angeles on July 19 and Irving Plaza in New York on August 8, with VIP ticketing currently available now for both shows. 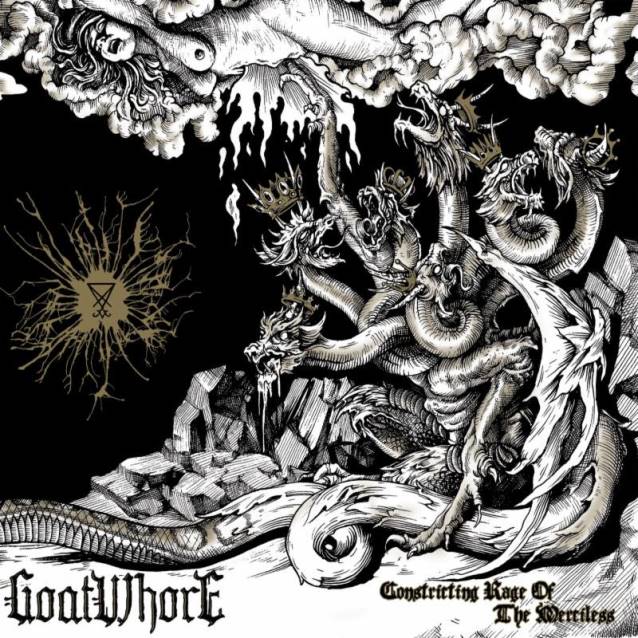