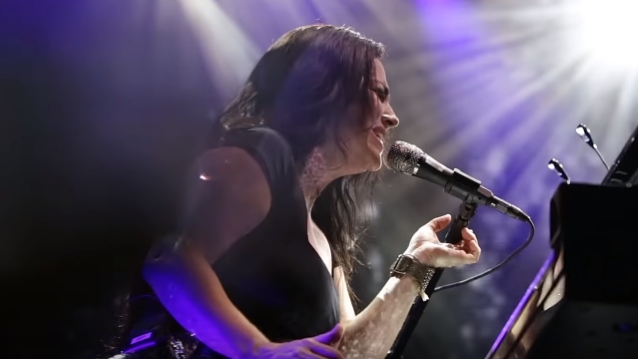 Behind-the-scenes footage from EVANESCENCE's current North American co-headlining tour with violin virtuoso Lindsey Stirling can be seen below. The trek, produced by Live Nation, kicked off July 6 in Kansas City, Missouri at the Starlight Theatre and is making stops in 31 North American cities. The trek will wrap September 8 in Ridgefield, Washington at the Sunlight Supply Amphitheater.

Both artists' shows are accompanied by a full orchestra, highlighting both acts' musicality and incredible performance abilities. The orchestrated performances also perfectly accent the astounding amphitheater venues across the U.S. and Canada that the two are performing in, making for a magical summer evening.

Stirling made a guest appearance on EVANESCENCE's recently released single, "Hi-Lo". The track is one of two new songs that are included on EVANESCENCE's latest album, "Synthesis". The set is a reimagining of some of EVANESCENCE's best-loved tracks is the band's first full-length effort since its 2011 self-titled release.

EVANESCENCE singer Amy Lee is joined on the road this summer by her husband, Josh Hartzler, and their 4-year-old son, Jack.

"I feel really grateful that I'm able to do both and not have to stop making music and being who I am to be a mom," Lee told People.

"I think when I was a lot younger, I always thought it was one or the other: You are either fully focused working your butt off on your art, or you're a mom and you don't have time for that anymore," she said. "And actually, now that I'm in it, I realize that it’s super important that I keep being who I am." 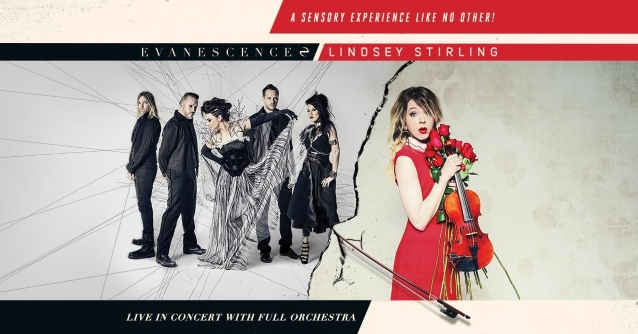