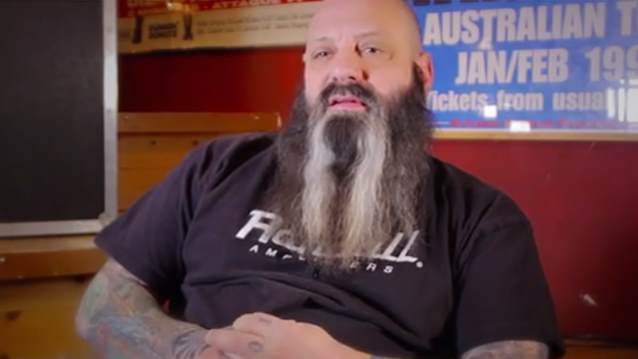 Guitarist/vocalist Kirk Windstein of New Orleans sludge metal veterans CROWBAR recently talked about some of his tattoos for PitCam TV's "Behind The Ink" segment. The clip can be viewed below.

CROWBAR will release its new album, "Symmetry In Black", in North America on May 27 via Entertainment One Music. The CD, which will be made available in Europe on May 26 through Century Media Records, was produced by CROWBAR guitarist/vocalist Kirk Windstein and Duane Simoneaux and was mixed by Josh Wilbur (LAMB OF GOD, GOJIRA).