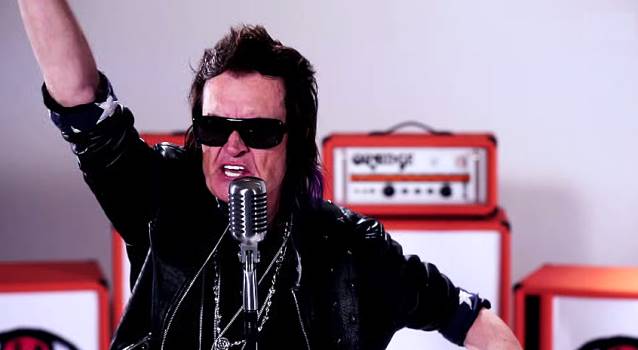 Steve Patrick of HardrockHaven.net recently conducted an interview with legendary bassist/vocalist Glenn Hughes (DEEP PURPLE, BLACK SABBATH, BLACK COUNTRY COMMUNION, CALIFORNIA BREED). You can now listen to the chat using the audio player below. A few excerpts from the interview in text format are available at HardrockHaven.net.

The group's self-titled debut album sold around 4,000 copies in the United States in its first week of release to land at position No. 78 on The Billboard 200 chart.

"California Breed" was recorded at producer Dave Cobb's Nashville studio and features equal co-writing credits among the three-man lineup. "It's proper rock," Hughes told Classic Rock magazine, "but at the same time it's very now. Andrew is as influenced by Mick Ronson as he is Jimmy Page." "This kid is amazing," said Bonham. "The first time we met I thought he looked like the white Jimi Hendrix. And he plays in the studio like he's on stage!"

Hughes said: "I live in the moment, it's all about NOW. CALIFORNIA BREED is exactly where I live, breathe and where my freak flag flies."