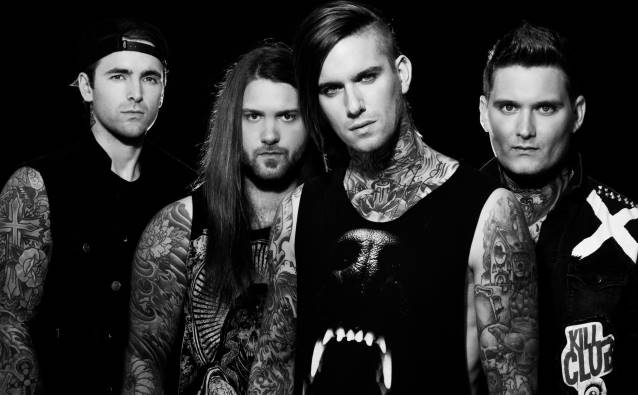 "A Freak Like Me", the new video from English rockers GLAMOUR OF THE KILL, can be seen below. The song is taken from the band's latest album, "Savages", which was released on September 24, 2013 in the U.S. through eOne Music, September 20, 2013 in Germany and September 23, 2013 in the rest of Europe through SPV.

Produced by Joey Sturgis (ASKING ALEXANDRIA), this is the first batch of new material we've seen from GLAMOUR OF THE KILL since the release of "The Summoning", which came out in 2011.

GLAMOUR OF THE KILL hit the road with MOTIONLESS IN WHITE and THE DEFILED in the U.K. last September before heading back out the Europe with PAPA ROACH in November.

GLAMOUR OF THE KILL has been generating buzz ever since its debut EP, "Through The Dark They March", came out in 2007. The success of the EP led to tours with BULLET FOR MY VALENTINE, DRAGONFORCE, AVENGED SEVENFOLD and most notably a performance on the main stage of Download festival in 2008.