GIRLSCHOOL has set "Legacy" as the title of its 30th-anniversary album, due in October via Wacken Records/SPV. The CD will reportedly feature a plethora of special guests, including Tony Iommi (BLACK SABBATH), Ronnie James Dio (BLACK SABBATH, RAINBOW, DIO), Lemmy and Phil Campbell from MOTÖRHEAD, "Fast" Eddie Clarke (FASTWAY, ex-MOTÖRHEAD) and a couple of members of TWISTED SISTER.

GIRLSCHOOL recently postponed its previousy announced Italian dates in order to do promotion in support of its upcoming CD. The group says, "Very sorry for any inconvenience, but we will be there at some point."

The affected shows are as follows:

GIRLSCHOOL guitarist Kelly Johnson passed away on July 15, 2007 after a six-year battle with cancer of the spine. Along with Johnson, the classic lineup of GIRLSCHOOL included Kim McAuliffe (guitar), Enid Williams (bass) and Denise Dufort (drums). The band was an integral and major force in the New Wave of British Heavy Metal (NWOBHM) movement, beginning with the release of its debut album, "Demolition" (1980), and continuing with the follow-up efforts, "Hit 'n' Run" (1981) and "Screaming Blue Murder" (1982). 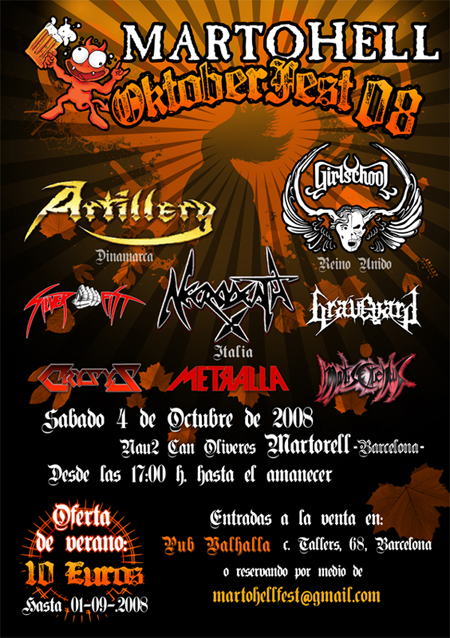