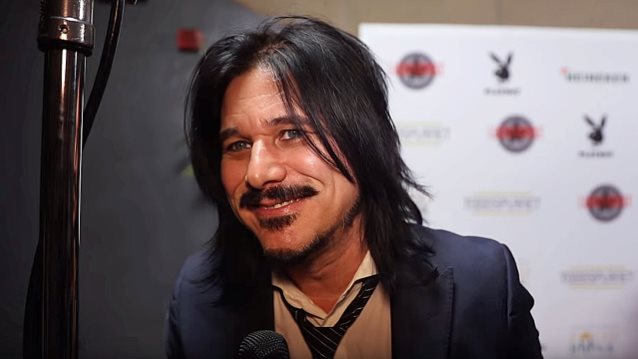 On November 19, former GUNS N' ROSES guitarist Gilby Clarke was once again asked for his thoughts on a GN'R reunion, following reports that long-estranged singer Axl Rose and guitarist Slash had recently repaired their relationship. Clarke, who was not an original member of the group, told Alex Kluft of California Rock News (see video below): "Well, you know what? I hope it happens. I honestly have no information, but I hope it happens. I think it's great for music, it's great for rock music. It was a great band. Everybody's alive, healthy. It should happen."

Clarke recently told podcast host Eddie Trunk that he has not heard anything about a reunion from anyone in the band and said that he didn't think a reunion would actually happen. "No, I really don't," he said. As for whether he might be asked to participate, Clarke said: "I think if it happened, obviously, it would be great, but I've got to be realistic. The fans want the original five guys, and I do too. It was a great band, [and] it would be great to see that. If it did happen, I would definitely be available to do it."