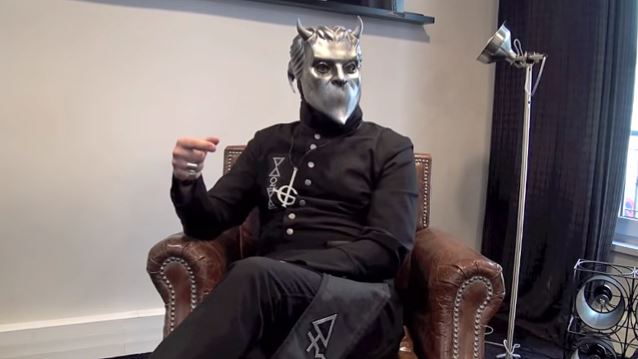 France's RockNLive recently conducted an interview with one of the nameless ghouls from Swedish occults rockers GHOST. You can now watch the chat below.

Speaking about the band's new costumes, the nameless ghoul said: "This album ['Meliora'] takes place not at the same time as the last one. So we wanted it to look like [the] art deco [influential visual arts design style from the] '20s in the U.S., being that the ghouls should look like a gang of very rich people having a secret meeting at a hotel. And then we didn't want to have clothes or robes and the religion mask. We wanted to have beautiful costumes, suits and masks that look like statues from the 1920s."