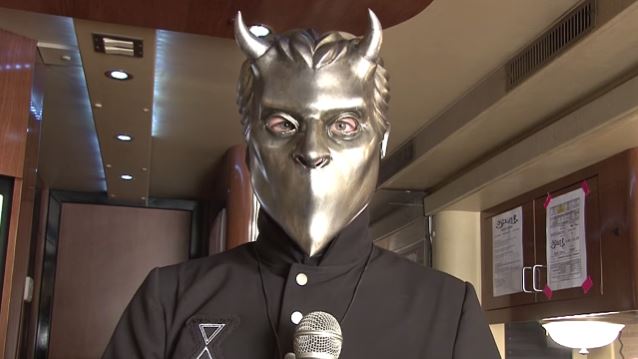 One of the nameless ghouls from Swedish occult rockers GHOST recently answered a number of fan-submitted questions for Artisan News. You can now watch the question-and-answer session below.

One of GHOST's Nameless Ghouls told TeamRock that "From The Pinnacle To The Pit" is the album's "fist in the air" track. He said: "I felt there was a place for a track like this on the album, a track with this level of intent. Sometimes simplicity is a good thing, that straightforward punch to the nose."

He continued: "With the last album, some of the songs, even the more straight-ahead ones, weren’t always easy to bring into the live set, but with 'Pinnacle', once we started working on the demo, it just took on a life of its own."