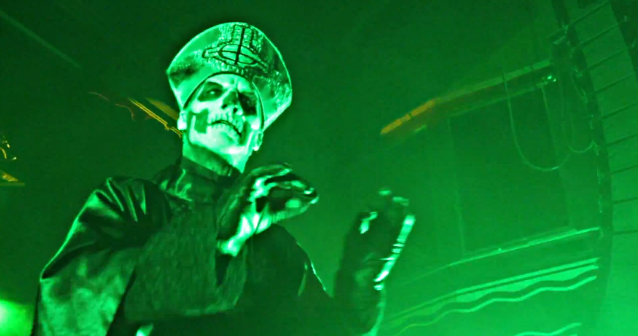 Professionally filmed video footage of Swedish occult rockers GHOST performing the song "Year Zero" live on May 11 at Webster Hall in New York City can be seen below.

A nameless ghoul stated: "Playing in New York will always feel very special for us, since it was the first city in the U.S. that embraced us. Every time we play there, it marks another step up for us — going from filling up the basement at Webster Hall, to filling up the Bowery to finally play at sold-out Webster Hall. We simply love New York."