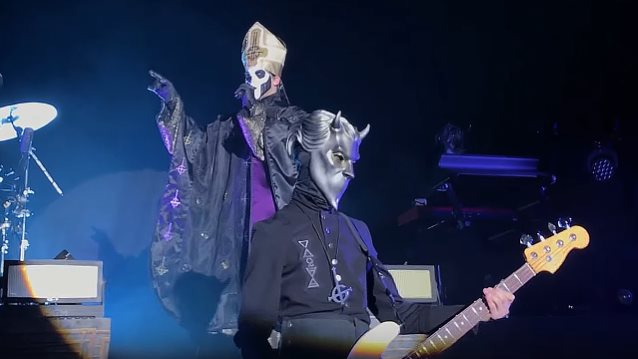 The Ghost Collection is on sale now at Fright-Rags.com, where you can also find original merchandise from Rob Zombie, Alice Cooper and countless horror movies. Quantities are limited.

GHOST has been the subject of intense speculation recently following the dismissal of the band's entire lineup last December by frontman and founder Tobias Forge, who performs as Papa Emeritus, and a recent lawsuit filed against Tobias by four ex-members, known previously only as Nameless Ghouls. The musicians have accused Tobias of cheating them out of their rightful share of the profits from the group's album releases and world tours.

The four ex-members were offered two separate contract proposals by Forge in 2016, which they rejected as "slave agreements."

The new lineup of GHOST, which made its live debut in late March, is rumored to include musicians who have previously played with THE SISTERS OF MERCY, KORN, PENDRAGON and BLOODBATH. 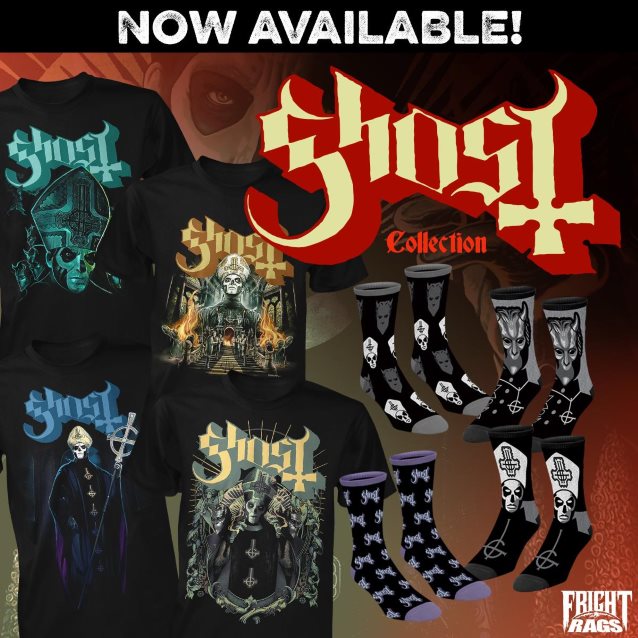