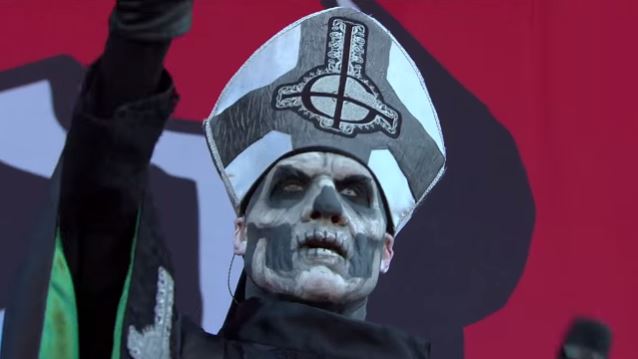 According to HardDriveRadio.com, Swedish occult rockers GHOST have set "Meliora" (Latin for "better") as the title of their third album, due on August 21. The follow-up to 2013's "Infestissumam" was helmed by Klas Åhlund, a prolific songwriter, producer and guitarist who is also a member of the Swedish rock band TEDDYBEARS, and was mixed by Andy Wallace (SLAYER, NIRVANA, SEPULTURA, LINKIN PARK, GUNS N' ROSES). Songtitles set to appear on the GHOST CD include "From The Pinnacle To The Pit", "Majesty", "Devil Church", "He Is" and the expected first single, "Cirice", which is tentatively due at the end of May or in early June.