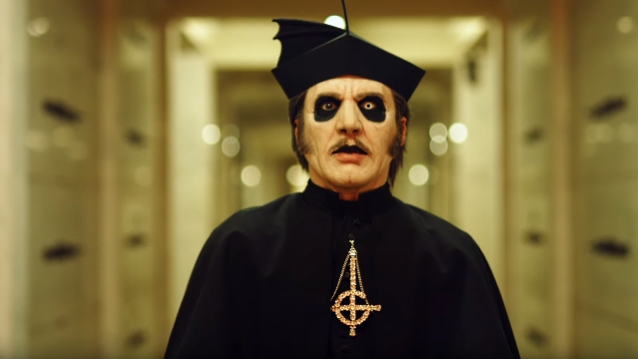 Armed with "Faith", the third hit single from GHOST's Grammy-nominated album "Prequelle", No. 15 in this, its fourth week at Active Rock Radio, GHOST premieres a brand-new webisode, "Chapter 7: New World Redro". This chapter first brings the viewer up to date with the Cardinal Copia-Papa Nihil-Sister Imperator storyline and then begins to lay the foundation for more backstory secrets yet to be revealed. Check out "Chapter 7: New World Redro" below.

Last month, GHOST mastermind Tobias Forge confirmed to Revolver that he will return to the studio in January 2020 to begin work on the band's follow-up to 2018's "Prequelle" album.