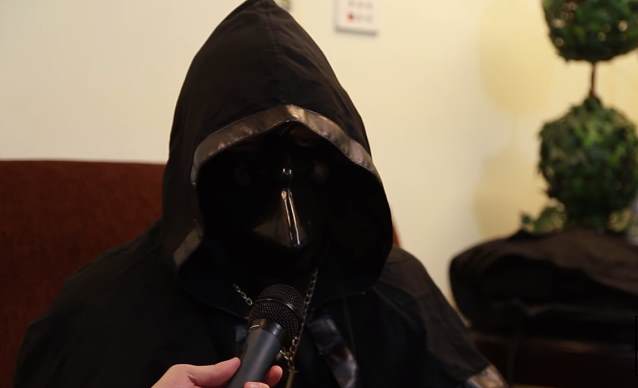 Consequence Of Sound recently conducted an interview with a nameless ghoul from Swedish occult rockers GHOST. You can now watch the chat below.

GHOST was honored in the "Best Hard Rock/Metal" category at the Swedish Grammis awards (Swedish Grammy equivalent), which was held on February 19 at Cirkus in Stockholm. The bands were all nominated for their most recent releases, all of which came out during 2013.

As previously reported, GHOST was also honored with the P3 Guld award (for "Infestissumam") from Swedish radio station P3 in the "Best Rock/Metal Album Of The Year" category. The winners were announced on January 18 during a live awards ceremony broadcast from the Scandinavium in Gothenburg, Sweden.