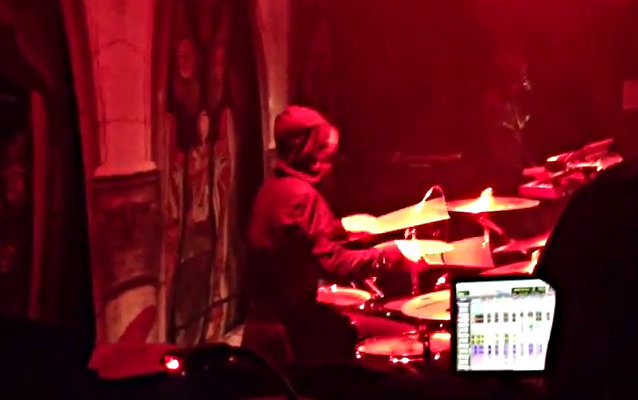 Drum-cam footage of a Nameless Ghoul from Swedish occult rockers GHOST performing the songs "Year Zero" and "Ritual" on July 28, 2013 at Music Hall Of Williamsburg in Brooklyn, New York can be seen below.

GHOST recently travelled to the U.S. to join AVENGED SEVENFOLD and DEFTONES for the "Hail To The King" tour; these dates — which ran until October 26 — marked the band's first proper U.S. outing since their "Haze Over America" trek last year. GHOST also appeared at various music festivals across the U.S. this summer, including Coachella, Lollapalooza and Rock On The Range.