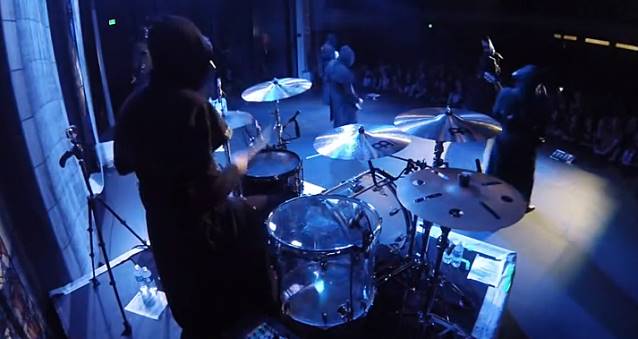 Drum-cam footage of a Nameless Ghoul and his bandmates in Sweden's GHOST performing the song "Elizabeth" live at the Bijou Theatre in Knoxville, Tennessee on October 14 can be seen below.

GHOST will release a covers EP, "If You Have Ghost", on November 19 via Loma Vista Recordings. The five-track EP was recorded and produced by Dave Grohl (FOO FIGHTERS, NIRVANA), and includes cover versions of songs by ROKY ERICKSON, ABBA, ARMY OF LOVERS and DEPECHE MODE, plus a live version of the GHOST offering "Secular Haze", recorded in Brooklyn earlier this year.

In Europe, meanwhile, GHOST will join forces with ALICE IN CHAINS for a run of dates that start in the U.K. on November 9, before heading across to mainland Europe.