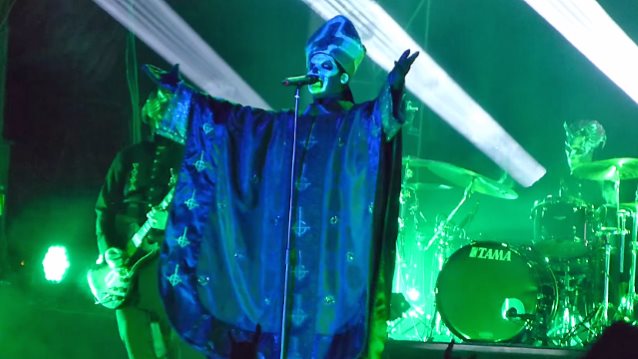 Swedish occult rockers GHOST — consisting of Papa Emeritus III and his nameless ghouls — today issued a message announcing their return to North American to deliver their satanic melodies to audiences across the continent this fall for their "Black To The Future" headlining tour. The procession will begin at The Fillmore in Washington, D.C. on September 22. Tickets for all dates will be available for purchase beginning this Friday, June 12 at 10:00 a.m. local time. 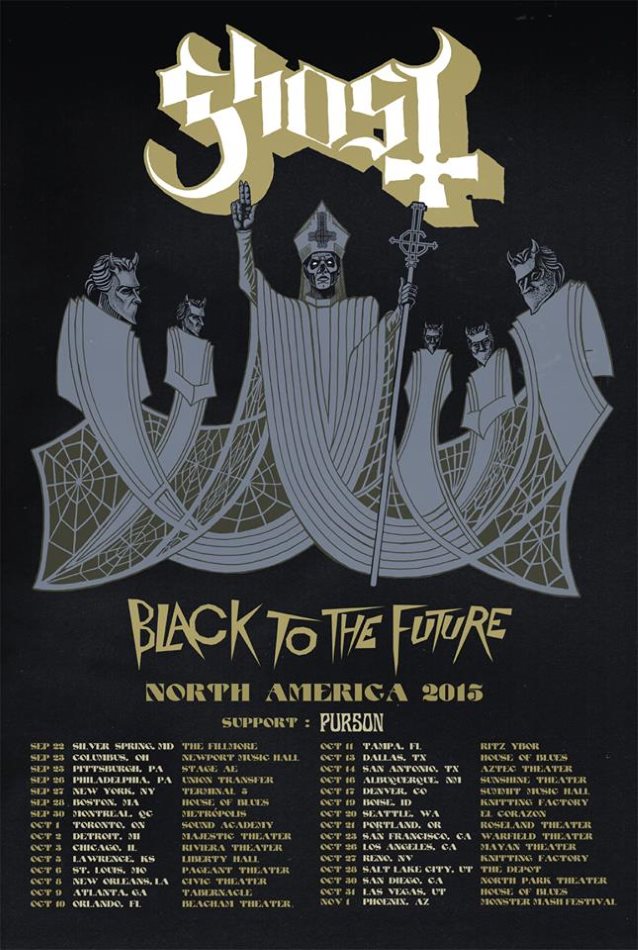