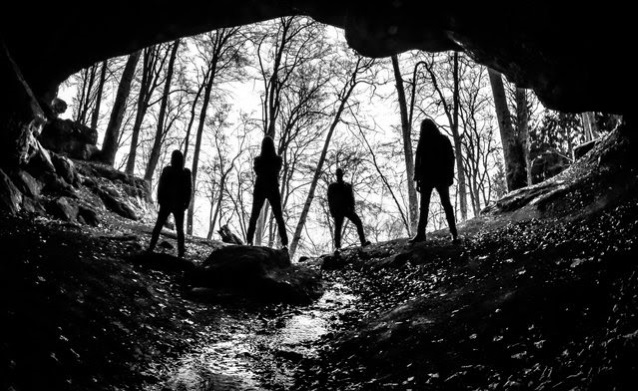 In the 1990s, the harshness of (melodic) death metal and the attitude of black metal were combined by a couple of Scandinavian bands, inventing a whole new kind of darkness and kick starting a new chapter in heavy music. THE SPIRIT takes this groundwork, adding its own impressive touches and unique identity, while always keeping their musical roots close to mind. Their songs are full of creative rhythms, clashing melodies and sharp sentiment; delivered in a fast-paced fashion — vividly transporting the band's spirit.

The quartet's debut, "Sounds From The Vortex", has already been highly praised by press and fans for its irrepressible power and passion. Every note is presented with a lot of heart and a manic undertone. At this year's Party.San Open Air and Summer Breeze, THE SPIRIT will spread their unholy atmosphere and prove their impeccable live skills.

The band stated about its alliance with Nuclear Blast: "We are very proud that we could arouse Nuclear Blast's interest, which is such a renowned label that has released so many great albums throughout the years. There is no doubt that this collaboration is a giant step for THE SPIRIT. Sinister music created with high passion is what you can expect. 'Sounds From The Vortex' is just the beginning! We are looking forward to working with Nuclear Blast in the future and we are glad that they will spread our sounds all over the globe from now on."

THE SPIRIT will open for KATAKLYSM and HYPOCRISY on their upcoming "Death… Is Just The Beginning" European run in October/November.