METALLICA, late SLAYER guitarist Jeff Hanneman, NIGHTWISH, MOTÖRHEAD and AMORPHIS are among the artists that were honored at this year's installment of Germany's Metal Hammer Awards, which was held on September 13 at Kesselhaus in Berlin.

Martin Van Drunen (ASPHYX, HAIL OF BULLETS) moderated the event, which featured performances by KREATOR, POWERWOLF, WHILE SHE SLEEPS and DUST BOLT.

An eight-minute video report from PitCam.TV can be seen below.

Check out photos from Getty Images. 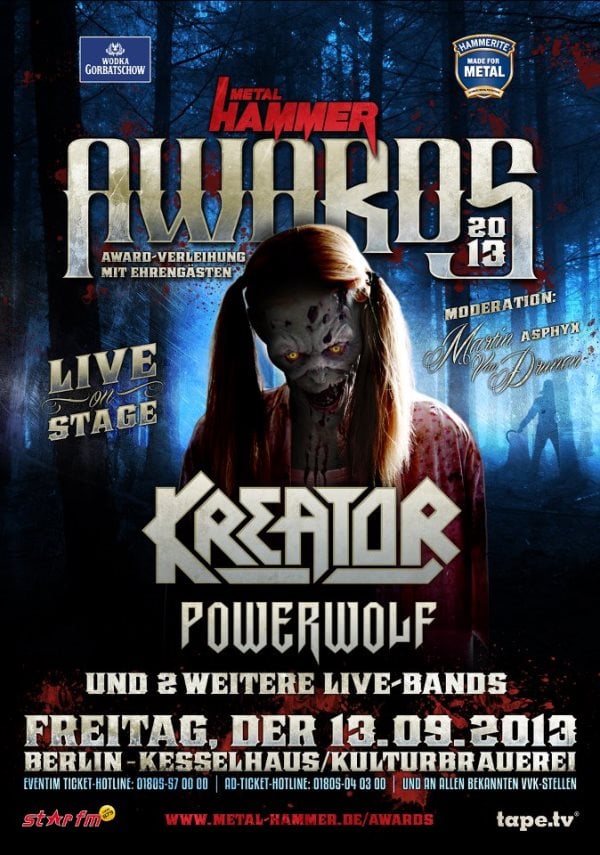