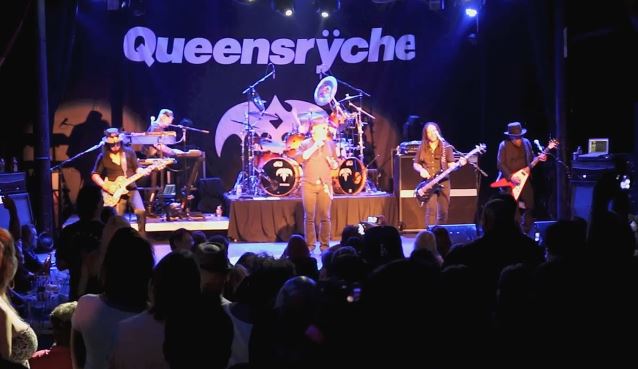 Joe Dolan of JoeDolanPR.com has uploaded video footage of Geoff Tate's QUEENSRŸCHE performing on August 3 at the Canyon Club in Agoura Hills, California. Check it out below.

On July 30, Tate and his bandmates launched a 22-date trek of what are Geoff's final performances as QUEENSRŸCHE Starring Geoff Tate – The Farewell Tour.

Tate last week announced that his current version of QUEENSRŸCHE will forge ahead as OPERATION: MINDCRIME after the current tour ends.

Tate is looking forward to what lies ahead with his trilogy project. "It is so refreshing to be able to concentrate on the many stories and ideas that I have been working on with no boundaries or restrictions," states Geoff, further adding, "With the newly named band, I think fans will continue to enjoy the music we create and perform together and hope they share this new musical journey with us."