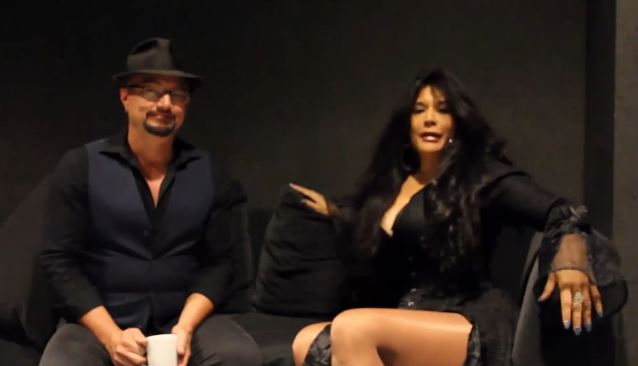 Asked about the upcoming trilogy project from his new band OPERATION: MINDCRIME, Tate said: "I love writing stories, and I love creating musical stories, and I wanted to do something that was very in-depth. As it looks, it's gonna take about three records to cover this story."

He continued: "It's an international story set in many places around the world. And it's a bit of a mystery that I think will be interesting to follow along to see if they can solve.

"I know I always like mysteries; I like to see if I can figure out what's happening and where things are going."

Tate added: "And so, I've been working on it for about a year and a half now, and I'm looking to begin recording in the winter, the first of the albums, and I'm really excited about it. I think it's gonna be one of the coolest things I've ever done. I'm very excited about the music. It's very intense and very progressive, very heavy, very light… It kind of covers a lot of ground , which I think a story should. I mean, a story shouldn't be static; it should have different movements to it, and it should have different shades of color, so that's what this hasm and it's written with that in mind."

OPERATION: MINDCRIME recently signed a worldwide deal with Frontiers Music Srl for the release of the trilogy project.

"I tried to reduce the story and eventually got it down to 37 ideas that needed representing to complete the story," commented Geoff. "I knew that one record wouldn't cover it and that it would have to be a trilogy."

OPERATION: MINDCRIME's debut album is expected to be released in late spring/early summer 2015.