Geoff Tate will perform the QUEENSRŸCHE albums "Rage For Order" and "Empire" in their entirety on the "Empire 30th Anniversary Tour" in 2020.

Tate recently told MisplacedStraws.com that he will take the "Empire 30th Anniversary Tour" to "as many countries as I can and playing the album in its entirety, which I've never done before. So that'll be real fun. In fact, I think there's some songs on that album that I've never, ever played live before, so it'll be a treat — for me, as well, I think, for the audience too," the former QUEENSRŸCHE singer said. "I'm really looking forward to that."

Last November, Tate said that QUEENSRŸCHE was working on a 30th-anniversary edition of "Empire", telling Eonmusic: "There's a box set thing coming out for that. I'm kind of in the process of working with them on it right now. I can say from my perspective looking it, it's going to be a phenomenal box set, and I'm really looking forward to it. I'm contributing all kinds of stuff, from interviews to comments to liner notes — yeah, you name it."

When pressed about the musical content, however, the singer remained tight-lipped. "I know exactly what it's going to be, but I can't tell you exactly right now — it's too early," he said.

Tate told Eonmusic that one song from "Empire" that was rarely performed live is "Anybody Listening?" "When QUEENSRŸCHE was together, we never really put that song in our set. We just had a hard time playing it, for some reason; it just never jelled or felt right. And I'd really like to play that song again, and play it right." 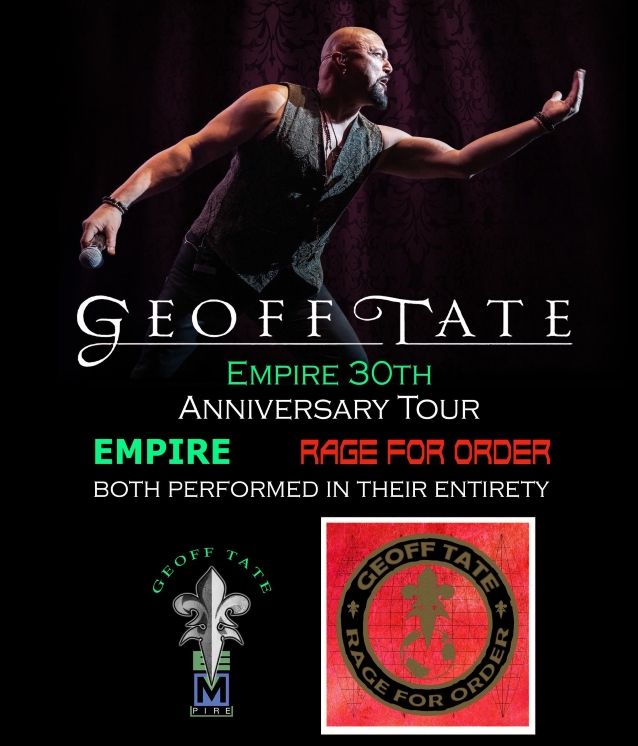