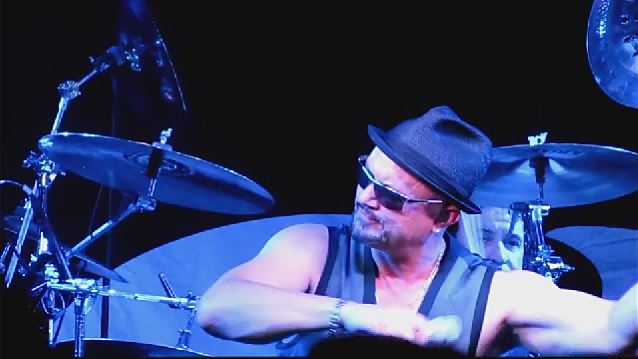 Geoff Tate's version of QUEENSRŸCHE performed its final show on August 30 at Tailgaters Sports Bar & Grill in Bolingbrook, Illinois. To mark the occasion, Tate symbolically removed the QUEENSRŸCHE's logo — the so-called TriRyche symbol — from his belt before the final encore song.

Fan-filmed video footage of the gesture can be seen below.

QUEENSRŸCHE members Eddie Jackson (bass), Scott Rockenfield (drums) and Michael Wilton (guitar) successfully agreed to purchase Tate's portion of the QUEENSRŸCHE name. The band bought out their former lead singer's share of the QUEENSRŸCHE corporation while allowing him the ability to be the only one to perform "Operation: Mindcrime" and "Operation: Mindcrime II" in their entirety. Tate will no longer have use of the TriRyche logo or any other album images aside from the "Mindcrime" releases. He can only refer to himself as the "original lead singer of QUEENSRŸCHE" or "formerly of QUEENSRŸCHE" for a period of two years and that text must be at least 50 percent smaller than his name in all materials. After this two-year period passes, he can only refer to himself as Geoff Tate with no mention of QUEENSRŸCHE at all. 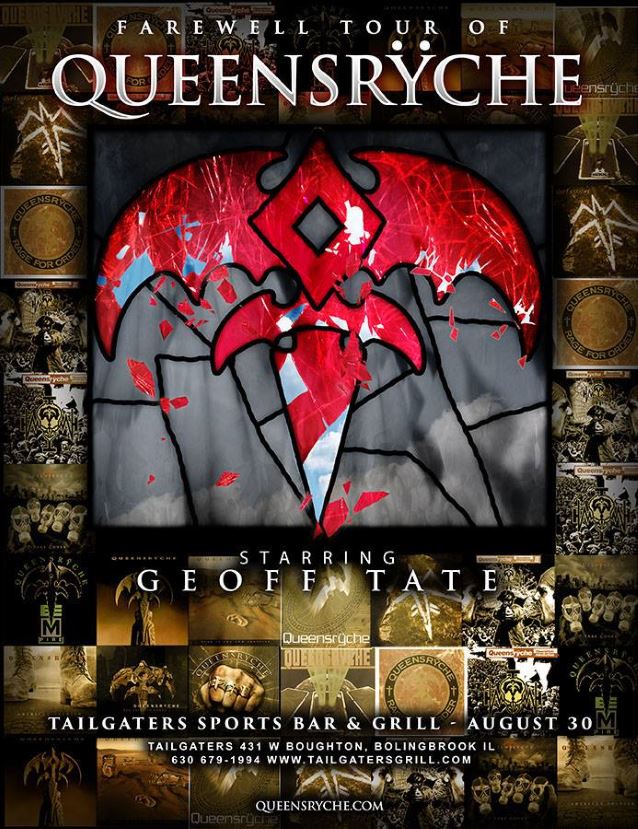