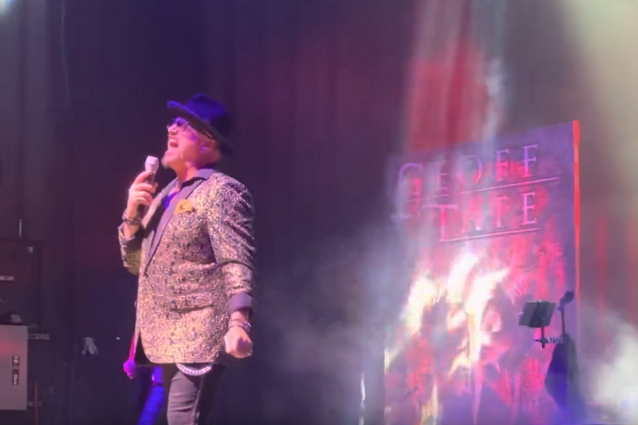 Fan-filmed video footage of Geoff Tate's September 27 performance at Plaza Live in Orlando, Florida can be seen below.

Two months ago, the former QUEENSRŸCHE singer announced rescheduled dates for the next European leg of his tour celebrating the 30th anniversary of "Empire" and "Rage For Order" albums.

Prior to the launch of the trek in early 2020, Tate told MisplacedStraws.com that he would take the "Empire 30th Anniversary Tour" to "as many countries as I can and playing the album in its entirety, which I've never done before. So that'll be real fun. In fact, I think there's some songs on that album that I've never, ever played live before, so it'll be a treat — for me, as well, I think, for the audience too," the former QUEENSRŸCHE singer said. "I'm really looking forward to that." 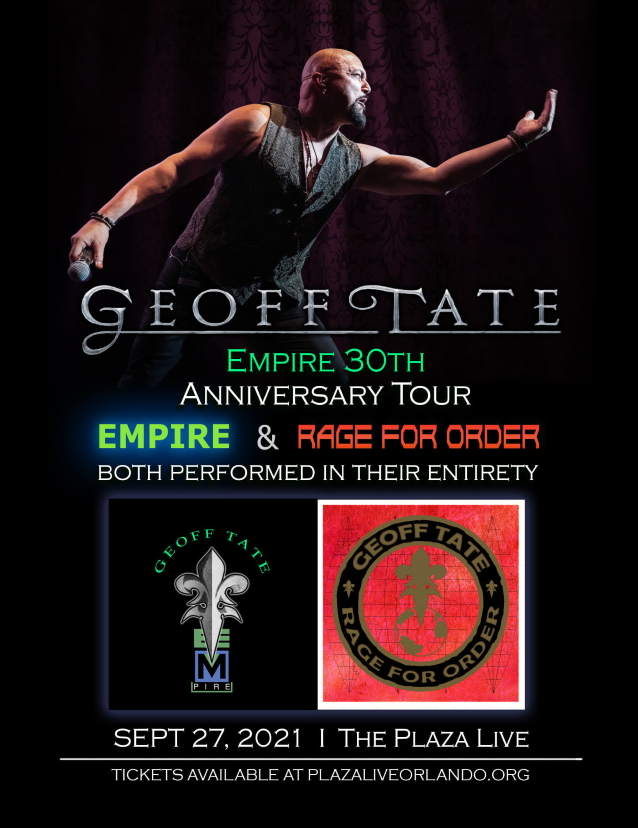