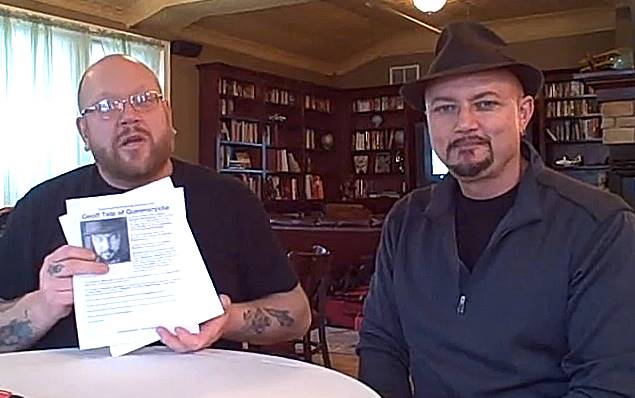 TomAroundTheWorld.com conducted an interview with Geoff Tate before the March 12 performance by his version of QUEENSRŸCHE at the Palace Theater in Syracuse, New York. You can now watch the chat below. Also available is a performance clip of the song "Silent Lucidity".

Geoff Tate — who was fired from QUEENSRŸCHE in 2012 after fronting it for three decades — earlier in the month apologized to the group's fans for the "totally distasteful" war of words that played out in the press and court documents following the split, saying that there will be a "bright side" once a settlement has been reached over the rights to the QUEENSRŸCHE name.

During an appearance on the March 7 edition of "Eddie Trunk Rocks" (formerly "Friday Night Rocks") radio show on New York's Q104.3 FM, Tate addressed QUEENSRŸCHE fans directly, saying: "Thank you for all the amazing letters and support people have given me in the last couple of years. It's been inspiring.