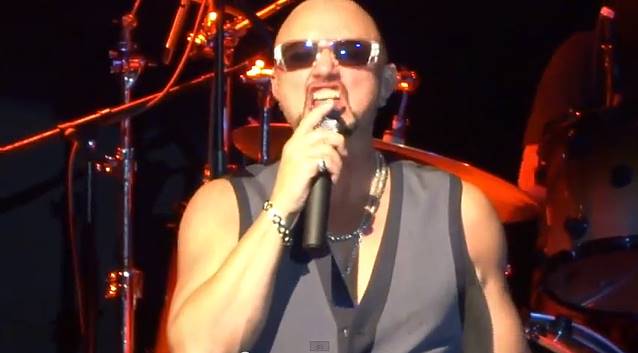 More than thirty years after setting forth on the musical journey that would become known as QUEENSRŸCHE, singer Geoff Tate — one of rock's quintessential front men and the lead vocalist heard on all QUEENSRŸCHE hits — will be performing his farewell tour as QUEENSRŸCHE beginning in late July.

The announcement of the tour, "Queensrÿche Starring Geoff Tate - The Farewell Tour", comes hot on the heels of the recent amicable settlement with his former bandmates Michael Wilton, Eddie Jackson and Scott Rockenfield, who will be continuing with the band name.

With Geoff at the helm of QUEENSRŸCHE, the band experienced incredible success, garnering four Grammy nominations, performing in 46 different countries and selling over 20 million albums worldwide.

"One thing that's really important for fans to know is that this never went to court," comments Geoff Tate, who will be continuing as "Geoff Tate: The Voice Of Queensrÿche" once the summer farewell tour is complete.

For the past several months, Geoff and his version of QUEENSRŸCHE (comprised of bassist Rudy Sarzo, guitarist Robert Sarzo, guitarist Kelly Gray, drummer Simon Wright and keyboardist Randy Gane) have been performing the fan favorite on their 25th-Anniversary Mindcrime Tour (with special guest Sass Jordan as "Sister Mary") in front of sold-out audiences everywhere.

"It's sort of similar to the PINK FLOYD situation where Roger Waters retained 'The Wall'," comments Geoff. "'Mindcrime' was my thing and my story, so it's only appropriate that I keep that... The others will be touring as QUEENSRŸCHE and I'll be continuing on as me."

The popularity of the theatrical back-to-back presentation of the "Operation: Mindcrime" saga ("I" and "II") was exemplified when the performance was captured for the 2007 double DVD/CD set, "Mindcrime At The Moore", that hit #1 on Billboard's Top Music Videos chart and eventually reached gold status.

For the forthcoming tour, Geoff's version of QUEENSRŸCHE will be performing all the hits along with some rarities to celebrate the music he's enjoyed making over the past thirty years.

Although the name will change, the lineup of stellar musicians performing with Geoff after this "farewell" tour is expected to remain the same.

Tickets go on sale for the majority of shows this Friday, May 2 and this Saturday, May 3. 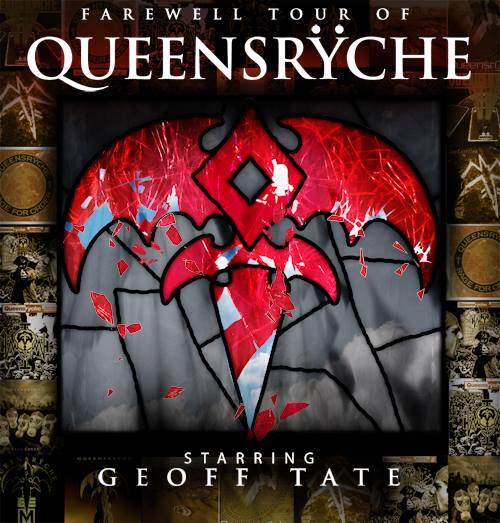