GENITORTURERS' fourth full-length album, "Blackheart Revolution", is tentatively due before the end of the year.

Dave Ogilvie has a long history with GENITORTURERS, stepping in to mix their 1993 debut IRS Records release "120 Days of Genitorture" and producing most of their "Machine Love" CD, which included a cover of the DIVINYLS' "I Touch Myself".

The majority of the album was recorded in the GENITORTURERS' own Compound Studios with additional drum tracking at Tampa's Redroom studios. 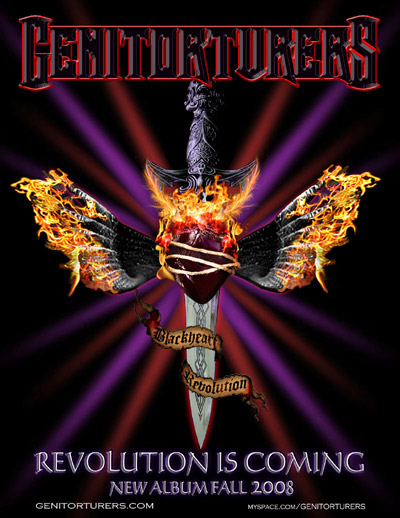