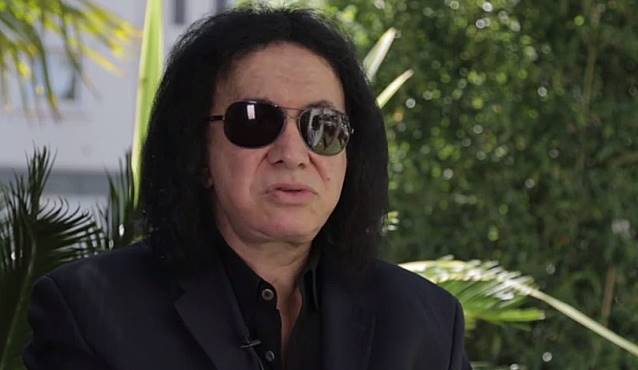 According to The Pulse Of Radio, KISS bassist/vocalist Gene Simmons, who claims to have bedded nearly 5,000 women during his lifetime, has learned that he's simply following in his father's footsteps. Simmons, who was born as Chaim Witz in Israel, was the son of Hungarian Holocaust survivor Flora Klien and a father, Feri Witz — who soon abandoned his family, leaving them penniless prior to emigrating to America in search of a better life.

Simmons told Classic Rock magazine, that he learned from his family in Israel that their father also had an infamous desire for sex. "My siblings are younger than I am, so they came through the four or five other marriages he had, not counting the girlfriends," he said. "When they found my father when he passed away, there was a 35-year-old Russian woman with him. I was afraid I'd turn into my father, and in some ways I did. There wasn't a female alive or dead that he wouldn't try to mount, and the same went for me. It may be a story that's common for the species and I'm no different, but I did not abandon my family and I never will."

In a 2011 episode of his reality-TV show "Gene Simmons Family Jewels", Simmons said he realized how much his anger at his father's abandonment had colored his workaholic ambition and need to be perceived as successful. "I've been arrogant about a lot of things, especially my father," he said. "I wanted to prove to myself and to everyone else and to my father that I didn't need him. So once I proved it and became successful, I wanted to stand stubbornly on my pride and not move. Unfortunately, I never saw my father again until I stood over his grave."

Simmons told The Pulse Of Radio a while back that the roles that men and woman play are genetically predisposed. "Until the age of 12, the female of the species far outperforms the male of the species in science, in math, and everything else — I mean, by a few grades," he said. "As soon as puberty hits, she stops with science and math and everything else, and completely becomes dedicated to making herself attractive to the opposite sex. She takes up a new profession. The profession is? To make herself as valuable in her looks as possible, because — my assessment — that's her meal ticket."