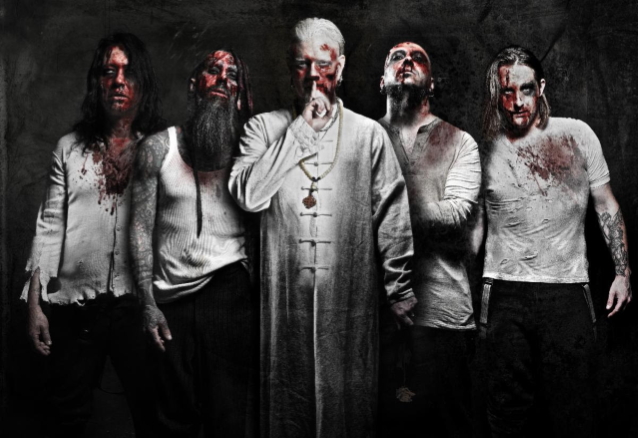 In celebration of this announcement, a brand new digital single, "Abandoned", taken from the forthcoming album has been released today to all major digital retailers and streaming services.

"3rd Degree - The Raising" is the long-awaited, mind-bending final chapter of GEMINI SYNDROME's debut trilogy of albums; the first being 2013's "Lux", and the second being 2016's "Memento Mori" (which hit No. 1 on Billboard Heatseakers album chart and spawned five singles). But whereas those first two albums dealt with the painful struggles of life and death, "3rd Degree - The Raising" celebrates the extreme rituals of rebirth. Produced by Matt Good (ASKING ALEXANDRIA, MEMPHIS MAY FIRE, HOLLYWOOD UNDEAD), this is undeniably the heaviest, and darkest album of the band's career, featuring the singles "Die With Me", "IDK", "Abandoned" and "Reintegration".

GEMINI SYNDROME vocalist Aaron Nordstrom states: "The album is about death and rebirth. Finding your true self and fostering its growth so as to help build the world better than we inherited it. In the process of this record, I made some major life choices. Mainly to stop killing myself slowly with alcohol. Two years without a drink and a couple near-death experiences later, I think I have ample experience to talk about a subject as elusive as death.'

Drummer Brian Steele Medina adds: "The twist to the 3rd and 'final' degree, is that it's not the end at all. Rather, it's a rebirth contingent upon our growth and lessons learned from the suffering of our past mistakes. A spiritual growth that can only be attained through baptism by fire. A metaphorical, yet very real resurrection — the raising."

Nordstrom continues: "Our hope is that through sharing our experiences, lessons learned, and battles overcome, that we can help others to examine their own consciousness. Their role in the world in its almost infinite capacity, and to help remind each other that we are ALL in this together. We are a family, and when we are United in our commonality, we can achieve things worthy of the attention of the GODS. If you want to change the world, quietly go to work on yourself."

GEMINI SYNDROME spent the better part of 2018-2019 writing "3rd Degree – The Raising". They retreated to Medina's Las Vegas home studio, where they meticulously crafted song after song, relentlessly reworking and rearranging the musical arrangements until they were fully satisfied. After an exhaustive writing process, GEMINI SYNDROME relocated to Good Sounds Studio in Tempe, Arizona, where producer Matt Good would help realize the collection of songs.

Medina recalls: "We absolutely loved working with Matt and he completely understood where we wanted to take this album creatively and what it was going to take to bring the third chapter of this trilogy to light. Our actual collective blood, sweat and tears went into its creation."

"It was a long, treacherous road to get here," continues Nordstrom. "First working out an insane amount of songs before arriving in Arizona to record with Matt Good, and then writing a slew more while in the actual recording process, we approached this album with high intentions to evolve musically and internally as people. But then, once we had finally finished everything, and were ready to start releasing new music… everything was put on hold due to the global pandemic."

Medina adds: "These past few years have definitely been an exercise in patience and acceptance. We had everything mixed and mastered and ready to go in early 2020 before everything shut down. We're just stoked to FINALLY put this album out and get this post plague show on the road."

On the brand new single "Abandoned" which has just been released today, Medina says: "This was always one of my favorite heavy riffs that we had in the bank for a while. When the music was finally done, Aaron already had a concept in mind he had wanted to tackle for a while."

Nordstrom elaborates: "At one point when I was working through some of my traumas, my kung fu teacher made me promise to write a song about my adoption and the rejection from my birth mother. This heavy beast of a song was the result. An anthem if you will that I control me. Not anyone or anything else."

To date, four singles have been released from "3rd Degree - The Raising": "Abandoned", "Reintegration", "IDK" and the currently Top 30 active rock radio hit "Die With Me". All four singles feature visually stunning videos created by director Brian Cox (BRING ME THE HORIZON, THE STRUTS, STARSET). 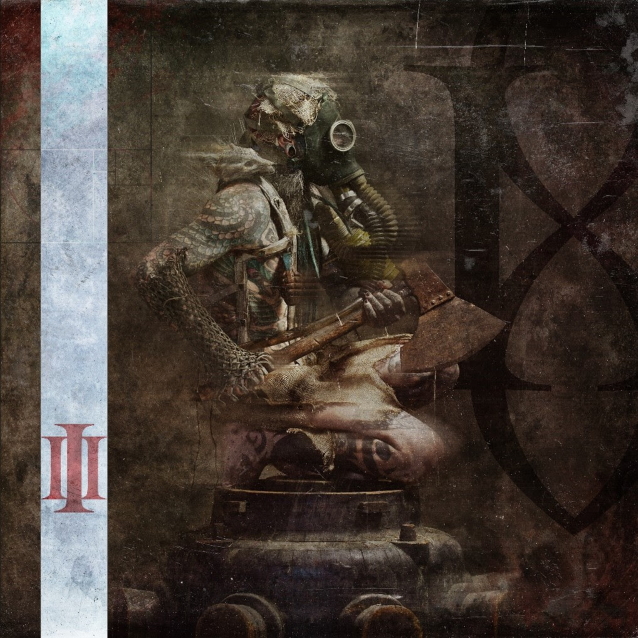