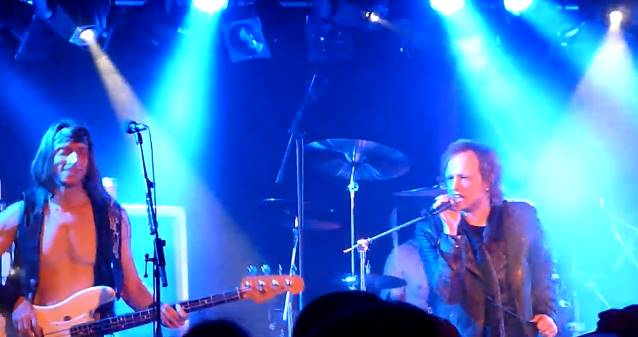 GAMMA RAY frontman Kai Hansen was unable to sing during the band's April 11 performance in Aschaffenburg, Germany because he had "serious problems with his voice," according to the band's drummer, Michael Ehré. Instead of canceling the gig, GAMMA RAY invited a couple of guest singers — including Tobias Sammet (EDGUY) and Fabio Lione (RHAPSODY OF FIRE, ANGRA) — to fill in Kai during the show. Ehré says: "It was fantastic!"

Fan-filmed video footage of the Aschaffenburg concert can be seen below.

GAMMA RAY's eleventh studio album, "Empire Of The Undead", was released on CD, CD/DVD digipack, LP and digitally via earMusic on March 28.