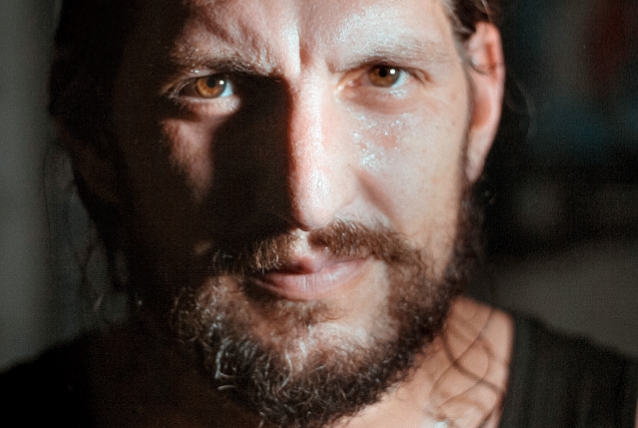 MADBALL vocalist Freddy Cricien has spoken out about the band's guitarist situation, more than a year after the group parted ways with longtime axeman Brian "Mitts" Daniels. At the time, the New York hardcore veterans called the split "a very hard and heartbreaking decision for all involved."

MADBALL's latest studio album, "For The Cause", saw the return of guitarist Matt Henderson, who laid down the guitar tracks in the studio but has not joined the band on tour.

Speaking to Metal Underground on November 30 in Bristol, England, Freddy said (see video below): "Our current situation is we have Dom [Dominik Stammen] — he's from a band called BORN FROM PAIN. He's German, actually, and they're sort of a Dutch/German hybrid, 'cause Rob [Franssen], the singer, is from Holland. And some of the rest of the guys are from Germany. They've been around a long time — they've been around a good, long while, and they're a very, very strong presence for European hardcore, for sure. But they also happen to be our friends, and they also happen to work closely with us. Like, Rob tour manages for me for the last 10 years and Dom has worked with us as a guitar stage manager. So, just naturally, Dom came and jumped in on the European stuff. And then, as of recently, we have a guy named Mike, who's out of New Jersey, who's helping us out in the States. So right now we have two guys that are solid people and solid, solid guitar players. We're kind of lucky. And eventually we'll settle on someone permanently."

Asked if MADBALL has anyone in mind for a possible "permanent" replacement for Mitts, Freddy said: "It'll probably be one of those two guys. But more than likely… Dom's just got too much on his plate. So it's gonna either be the other guy, or another guy."

"For The Cause" was released on June 15 via Nuclear Blast. The follow-up to 2014's "Hardcore Lives" was co-produced by Tim Armstrong (RANCID), who also makes a guest appearance on the song "The Fog". It was mixed and mastered by renowned producer Tue Madsen (MESHUGGAH, THE HAUNTED, SICK OF IT ALL) at Antfarm Studios in Denmark.