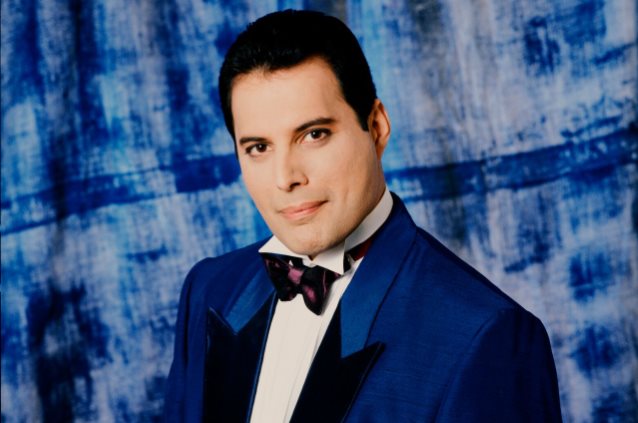 The Academy of Contemporary Music (ACM) and Metropolis Studios announced the inauguration of a Freddie Mercury Scholarship, endorsed by QUEEN's Roger Taylor and Brian May. The award comes in the year which will see the celebration of the singer's 70th birthday, on September 5.

The first-ever scholarship in the iconic artist's name will be awarded to one student studying on the 2 Year Creative Artist route of the BA (Hons) Music Industry Practice program, the 3 Year BA (Hons) Commercial Songwriting program or the 3 Year BA (Hons) Professional Music Performance degree program at ACM, as delivered from the academy's London campuses. The [email protected] academy is based at the legendary Metropolis Studios in Chiswick and ACM London (a brand new campus for September 2016) is based in Clapham. The prestigious scholarship will fully fund a student's entire study path and is worth up to £27,000.

The degree program includes songwriting, performance, production and business modules and is delivered in accordance with ACM's "learning by doing" ethos. This is an entirely practical and vocational approach whereby students develop the skills and knowledge they will need for a sustainable career in the music industry through applied, relevant experience with the real-world practical industry connections necessary to find and refine their own direction in contemporary music. The relationship between ACM and Metropolis Studios (one of Freddie's favorite recording studios and where QUEEN recorded much of their "Innuendo" album, their last in Freddie's lifetime) gives unprecedented access to ACM students. They study parts of their courses at the studio complex, integrating them into the facility's in-house label, publishing and productions teams, and enabling them to make use of the world-class facilities, giving them genuine, real time experience of the music industry as it exists today.

QUEEN band member Roger Taylor, who is also a patron of ACM and has a drum studio named after him at the academy's Guildford campus, said, "Freddie's name endures in so many ways so it's therefore great to have this scholarship celebrating his musical genius!"

Guitarist Brian May said: "This scholarship will be a lasting tribute to Freddie and the path he blazed. He would be happy to see young talent being helped to blossom. Of course Metropolis holds a very special place in QUEEN history, and it's a pleasure to continue that link."

Bruce Dickinson, director at ACM, said: "The Freddie Mercury Scholarship offers a fantastic opportunity for one talented student. We always seek out musicians with the most potential and commitment to study, regardless of background and qualifications, and this award will allow us to fully support one student's journey into the music industry. With original music at the core and the combination of songwriting, performance, production and business on the course, it is very fitting that this scholarship is being awarded in Freddie's name. As one of the greatest examples of original talent across writing, performing and creating a brand out of both, he is such an inspiration to our students."

Metropolis Studios CEO Ian Brenchley is looking forward to welcoming the successful scholar to the studio, the world's largest independent recording facility, where over 50% of the U.K.'s Top 40 is serviced. "We are hugely excited to be entering into this partnership and to be able to offer the scholarship to one lucky student," he said. "Freddie's spirit is alive and well at Metropolis, where he wrote and recorded so much of his material and his legacy lives on every time his Fazioli grand piano is played in our flagship studio. Aside from our work with chart-topping artists like Adele, Amy Winehouse and Sam Smith, a lot of what we do is supporting emerging talent, whether through us delivering workshops and master classes to the ACM students who study at the studio, attend our events and take advantage of internship placement opportunities, or the external emerging talent discovered by our A&R teams for development deals on our in-house label, signing them to our publishing company and providing them with a platform at our regular industry showcase nights. So to be able to offer even greater access via the scholarship, will allow us to honour Freddie's legacy in the most appropriate way possible — supporting the next generation of talent."