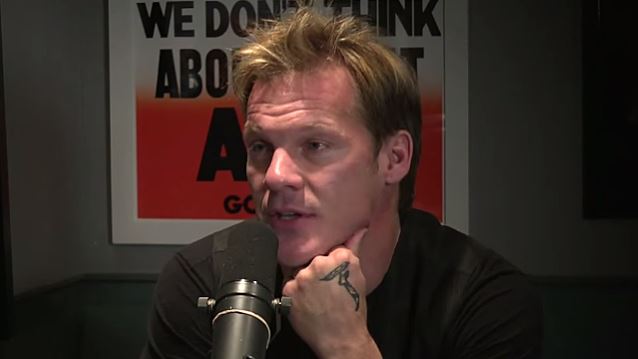 Wall Of Sound recently conducted an interview with FOZZY singer and WWE wrestling superstar Chris Jericho. You can now listen to the chat using the audio player below.

"When I walk out off a stage or out of the ring, what do I feel? Do I feel that elation of, like, 'Oh my God! That was so killer. That was great!' Or do you feel kind of that it could have been better? Or do you feel, 'It wasn't very good'?

"Anything that I do, there's gonna be good shows, bad shows, shows that could have been better, and those elusive shows that are, like, the absolute best, [where you feel] 'That was exactly what I've been doing this for.' So when you get that response and you get that vibe, that makes it all worthwhile."