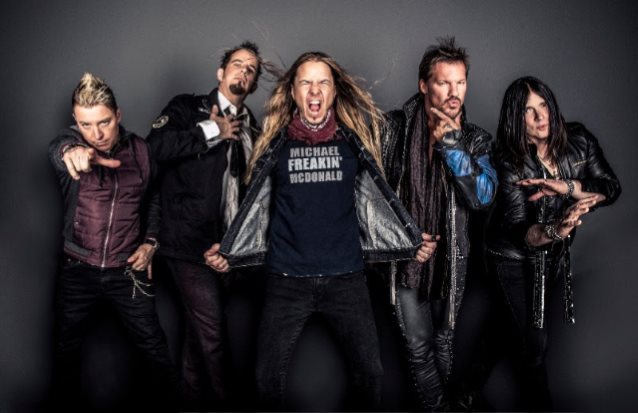 After extensive touring in the U.S., as well as a quick trip to the U.K. for the prestigious Download festival this weekend and two one-off shows in the U.K., FOZZY — the band featuring WWE wrestling superstar Chris Jericho alongside members of STUCK MOJO — has announced a full European co-headlining tour with HARDCORE SUPERSTAR, set to take place in October and November.

FOZZY last month released a brand new single and video, "Judas". The song is the title track of the band 's new album, which will be released in September via Century Media.

Jericho told "The Front Row Report" about what fans can expect from the new disc: "It's definitely the next step. It's an extension. It's more of an evolving FOZZY. We really put a lot of stock in bands like U2 and GUNS N' ROSES and METALLICA, and I think the best example might be David Bowie, where there's always different styles, different eras, and we like that too. And we're not completely changing what we do. But there's different more melodies and this is very much a hookier record. There's not as many guitar solos on the record, but it's still heavy and melodic. It's an evolution from 'Do You Wanna Start A War' [2014] as much as 'Do You Wanna Start A War' was an evolution from 'Sin And Bones' [2012]. I think it's a great trilogy of records that shows a lot of growth, but it's still very heavy and very melodic. Like I said, the trilogy of records — from 'Sin And Bones' to 'Judas' — I think they're all very great records that have a little bit different elements to them all, which is a key to longevity for sure."

HARDCORE SUPERSTAR's latest album, "HCSS", came out in April 2015 via Gain Music Entertainment, which is distributed and partly owned by Sony Music. 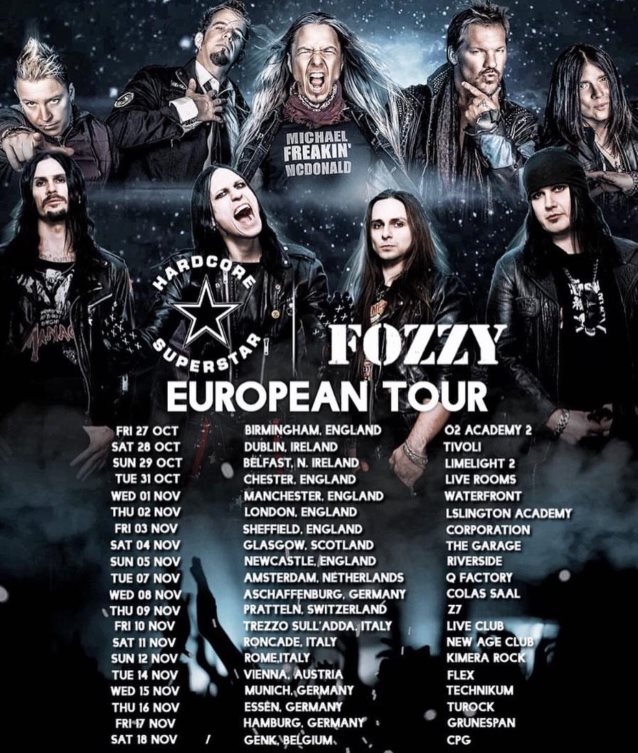