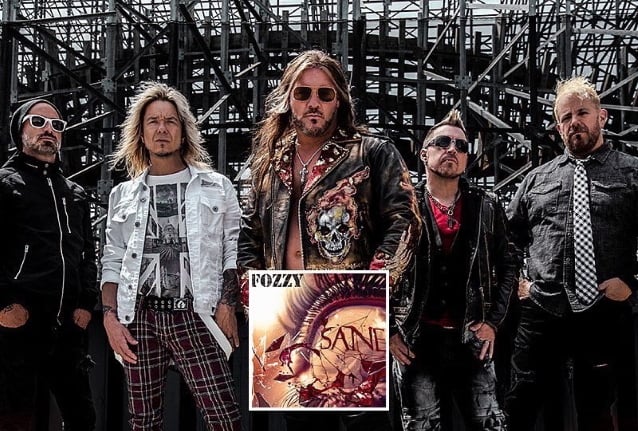 FOZZY will release a new single, "Sane", on Friday, May 28. The track is taken from the band's upcoming album, to be made available later in the year.

This past February, FOZZY singer Chris Jericho told Detroit's WRIF radio station that the follow-up to 2017's "Judas" album would "continue with the momentum that 'Judas' started for us three years ago."

Guitarist Rich Ward and producer Johnny Andrews once again did "the lion's share" of the songwriting for the new LP, which was recorded primarily in Atlanta, Georgia.

THIS FRIDAY-get ready for the return of #Fozzy!!! And trust me, #SANE is exactly what you’ve been waiting for... Pre-save/add #SANE NOW at this link: https://t.co/un7qBGVZ61 pic.twitter.com/0qJIRQalQO