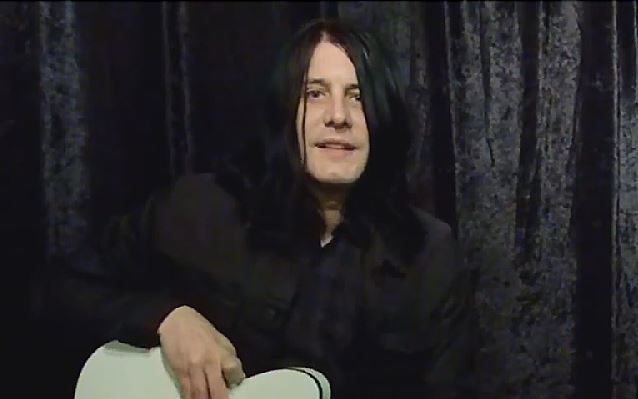 FOZZY — the band featuring WWE wrestling superstar Chris Jericho alongside members of STUCK MOJO — has announced the addition of bassist Jeff Rouse to the group's ranks. According to a press release, "Jeff is an incredible musician and singer who has spent the last decade playing in DUFF MCKAGAN'S LOADED and is also the lead singer and guitar player in THE GUESSING GAME. After former bassist Paul DiLeo amicably and mutually parted ways with FOZZY last May, Jeff stepped in and immediately injected his amazing musicianship and electrifying stage presence into FOZZY's already critically acclaimed live show."

"I'm stoked to have been asked to join FOZZY and to hit the road to support 'Do You Wanna Start A War'! Can't wait to see everyone out there!" Rouse said.

FOZZY guitarist and main songwriter Rich Ward added: "The first time I saw Jeff play with DUFF MCKAGAN'S LOADED, it was immediately apparent that I was watching a special talent. He's a pocket player with killer tone and amazing stage presence. One of the few total-package musicians that I have ever known and it's an honor to call him a bandmate and more importantly, my brother."

Jericho said: "I'm very excited to welcome Jeff into the band. His attitude, energy, charisma and playing skills instantly make FOZZY a better band and we are looking forward to a long, prosperous and sexy relationship with him!"

Currently in the midst of a successful U.S. run with THEORY OF A DEADMAN, FOZZY will embark on "The Cinderblock Party Tour" in November in support of its new single and title track of its most recent album, "Do You Wanna Start A War". The trek, which will kick off on November 20 in Flint, Michigan, will feature special guests TEXAS HIPPIE COALITION and SHAMAN'S HARVEST.

FOZZY's new album, "Do You Wanna Start A War", sold around 5,600 copies in the United States in its first week of release to debut at position No. 54 on the Billboard 200 chart.

"Do You Wanna Start A War" was released on July 22 via Century Media. Produced by FOZZY guitarist Rich Ward, the album features 12 tracks, including the debut single, "Lights Go Out", the title track and the return of the Theremin in "Bad Tattoo". 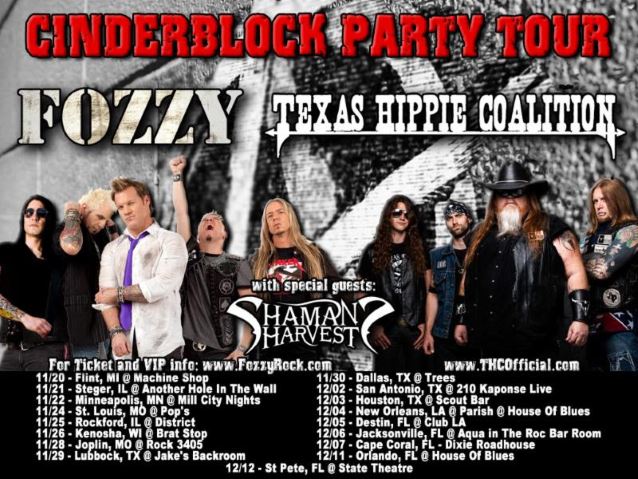