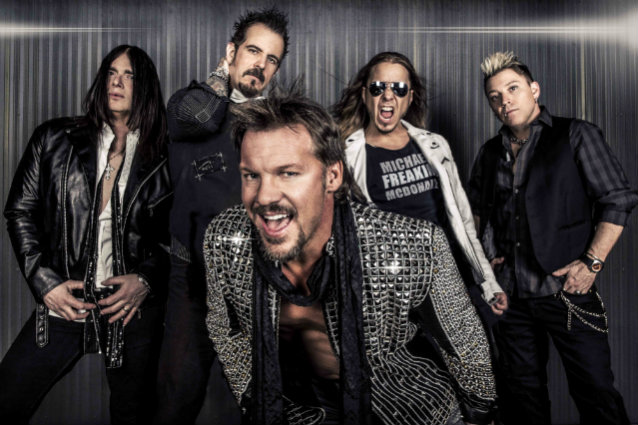 FOZZY — the band featuring WWE wrestling superstar Chris Jericho alongside members of STUCK MOJO — will embark on "Fozzy Across America" next month. The event will consist of three live performances in three separate cities and three different timezones in just one day — a feat that has never been attempted before by any other group.

In a once-in-a-lifetime opportunity, FOZZY is allowing fans a chance to buy a seat on the private jet that will fly "Fozzy Across America" on October 14 via the band's new "Judas" PledgeMusic campaign.

Jericho states: "We are stoked to team up with PledgeMusic for the release of our new record, 'Judas', featuring the modern-rock classic title track, its follow-up sure to be smash 'Painless' and the kick-ass banger 'Drinkin With Jesus'!

"Now you have the option of simply buying the digital download of the new record or exploring all sorts of exclusive offers only offered here- from exclusive colored vinyl LPs, to original lyric sheets with handwritten studio notes, to private guitar lessons and Q&As with the band, to a seat on the private jet flying 'Fozzy Across America' on October 14! Every pledge comes with a digital version of the record and gives you access to exclusive behind-the-scenes tour updates as we hit the road September 26 - October 8th and again on October 14!

"Be sure to share this with all your friends and thank you for your support! Remember, FOZZY is band owned and fan operated and this is our gift to you! Let us know what you think. We look forward to rocking with you very soon!

FOZZY's "Judas" album will be released on October 13 via Century Media.

Regarding what fans can expect from the new disc, Jericho told "The Front Row Report": "It's definitely the next step. It's an extension. It's more of an evolving FOZZY. We really put a lot of stock in bands like U2 and GUNS N' ROSES and METALLICA, and I think the best example might be David Bowie, where there's always different styles, different eras, and we like that too. And we're not completely changing what we do. But there's different more melodies and this is very much a hookier record. There's not as many guitar solos on the record, but it's still heavy and melodic. It's an evolution from 'Do You Wanna Start A War' [2014] as much as 'Do You Wanna Start A War' was an evolution from 'Sin And Bones' [2012]. I think it's a great trilogy of records that shows a lot of growth, but it's still very heavy and very melodic. Like I said, the trilogy of records — from 'Sin And Bones' to 'Judas' — I think they're all very great records that have a little bit different elements to them all, which is a key to longevity for sure." 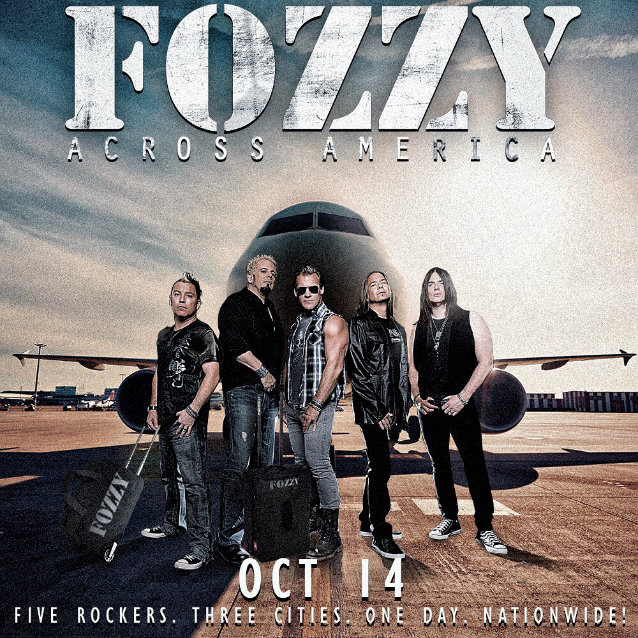