According to 19 Action News, four people were stabbed and 20 people were arrested in connection with a fight that took place Saturday evening (April 19) outside The Foundry concert hall in Lakewood, Ohio where Firefest 2014 was being held.

Saturday marked the second night of Firefest 2014. 13 hardcore and metal bands — including RINGWORM and DEATH BEFORE DISHONOR — were set to play at The Foundry.

Police responded to reports of shots being fired around 7:15 p.m. Witnesses also reported seeing a gang of men walking down the street, some holding machetes and other weapons.

Another witness said as many as 50 people were involved in the fight.

One witness told 19 Action News that she saw at least three men wearing hoodies and covered in tattoos who looked like they were there to cause trouble.

"They slammed into my car because they were fighting. There's blood all over my car and dents. I just ran. There were guys everywhere fighting. I heard four gunshots," said the 16-year-old witness.

Police say there is evidence that shots were fired but no one was hit.

Three victims were transported to MetroHealth Medical Center and one to Fairview and another to Lakewood Hospital.

A nurse from Fairview Hospital told 19 Action News that the victims came in with machete and stab wounds — some even on their face.

None of the injuries are considered life-threatening.

It is not presently clear why the fight was started but an online posting from The Foundry's general manager Mark Witherspoon and reports on LakewoodObserver.com say the incident was linked to "beef" between two "crews" — one from Boston, Friends Stand United (FSU), and the other, Swing On Sight Family (SOSF), out of Youngstown, Ohio. 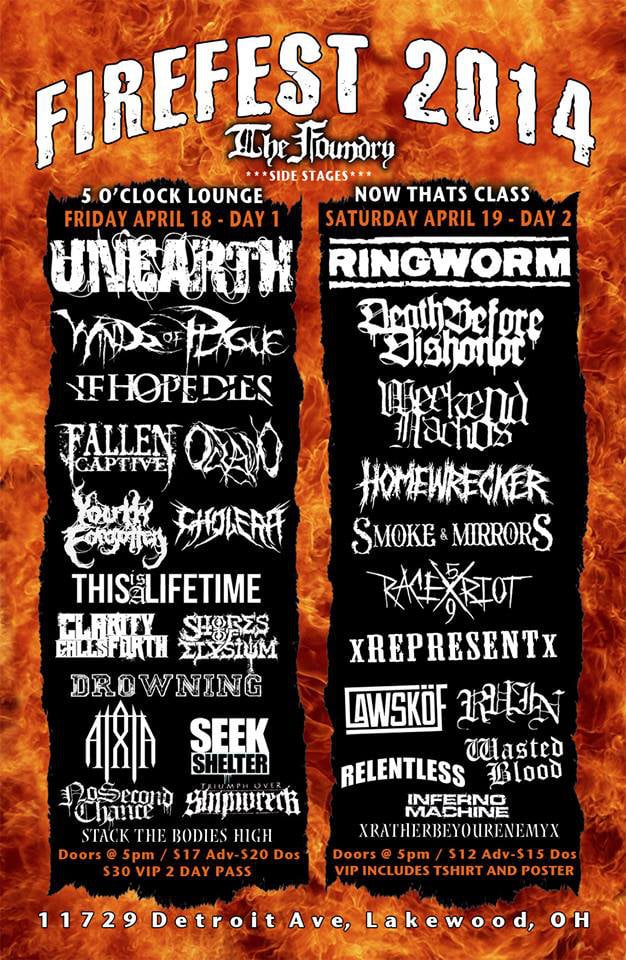