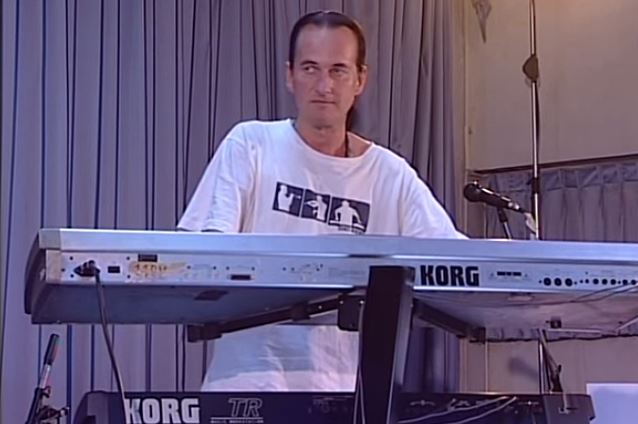 Olausson is believed to have died less than 24 hours before his body was found on the floor of his room. He wore only shorts and there were seven empty bottles of whisky and empty cans of beer in the room. There was no evidence of a struggle, according to Pol Maj Gen Chumphon Chanthachamrassil, chief of Rayong police.

Olausson had stayed at the hotel for seven days before a hotel staffer noticed that the musician had never gone downstairs for meals and had not paid for his room. The staffer became suspicious and went and knocked on the door. After receiving no response, he used a spare key to open the door and found the body.

Olausson's body will be sent to the Institute of Forensic Science in Bangkok for a post mortem examination to establish the cause of death.

Olausson joined Malmsteen for the Swedish guitar legend's fifth album, 1990's "Eclipse", and remained in the group through 2000's "War To End All Wars". He appeared on a total of 70 albums.

Former Malmsteen and TALISMAN singer Jeff Scott Soto wrote on Facebook: "I am very sad to learn this news. My friend, keyboardist Mats Olausson, was found dead in a hotel room in Thailand... I'd known Mats since 1990 when he played keys on the first TALISMAN album. We carried on our friendship through his tenure with Yngwie. [He was] an amazing soul and good friend. RIP, brother!"