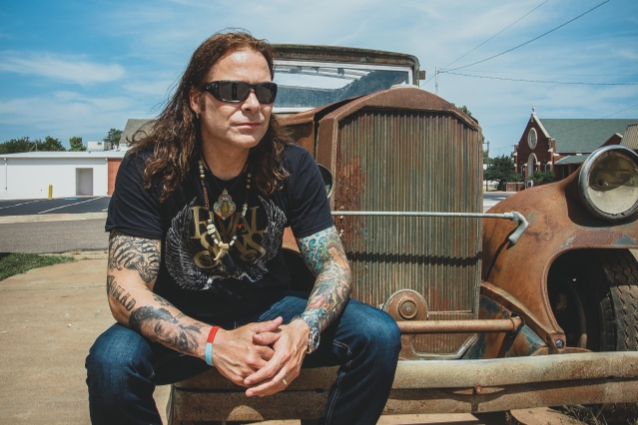 Former WHITE LION frontman Mike Tramp will release a new album, "Stray From The Flock", on March 1, 2019 via Mighty Music. A single titled "Dead End Ride" will precede the full-length effort on January 25, 2019.

Tramp's debut album as a solo artist, "Capricorn", was reissued on November 2 for its 20th anniversary. The effort was remastered at Medley Studios in Copenhagen and the artwork was carefully restored and refreshed.

Last year, Tramp said that he had no interest in reuniting with guitarist Vito Bratta.

The Danish-born singer hasn't played with his former songwriting partner and bandmate since WHITE LION performed its last concert in Boston in September 1991.

In the 27 years since WHITE LION broke up, Bratta's public profile has been virtually nonexistent, while Tramp has remained active, recording and touring as a solo artist and with the bands FREAK OF NATURE, THE ROCK 'N' ROLL CIRCUZ and, more recently, BAND OF BROTHERS. Tramp also attempted to revive WHITE LION with the 2008 album "Return Of The Pride", featuring new members. Two years later, Tramp ceded ownership of the name WHITE LION to Bratta in an out-of-court settlement.