Holmes will make his live debut with STONEBREED New Year's Eve at the Whisky A Go Go in Hollywood as the support act for KIX.

Influenced by bands like LYNYRD SKYNYRD, MOLLY HATCHET, BLACKFOOT and AEROSMITH, STONEBREED got its name through a contest on MySpace where people sent in suggestions. Singer Carlos Cruz explains: "One of the names was STONEBREED and we Googled it and no info. So we thought about it and the stone is a rock. Our type of music is almost a dying breed of hard rock with the '80s southern flare to it and a cool name to it. A stone is rock and we are different breed, so that is name we came up with. [laughs] Not a lot of bands playing our type of music which is a breed of stone. [laughs]"

Holmes' new solo album, "Nothing To Lose", was released independently at the end of last year. The CD is now available through Artisthead Music. Holmes composed, performed, and produced the music and vocals, and teamed up with former MOTÖRHEAD drummer Phil "Philthy Animal" Taylor to perform on and engineer the effort. 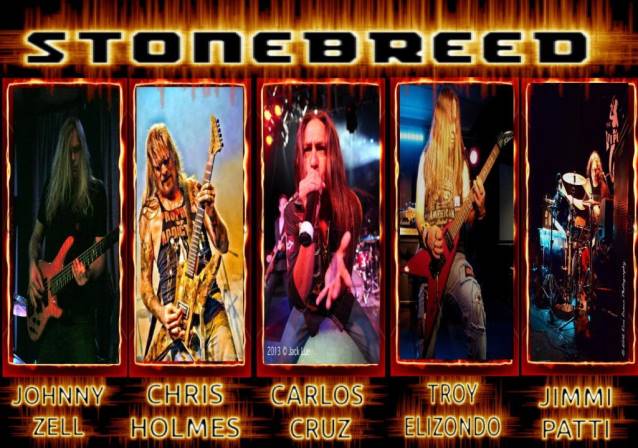