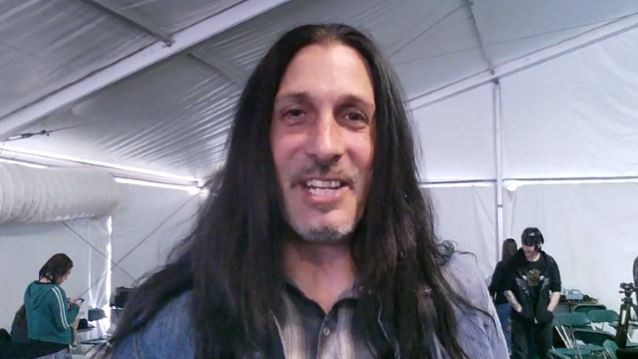 "So many things come to mind thinking about this.

"I first met A.J. when I was 18 years old. He was always great to me. He would help us younger players out with anything he could. Letting us use his Vistalite kit, giving us sticks and cymbals.

"I still have the Zildjian Earth Ride I got from him! I was even able to tech for him a few times. I was also able to convince him into giving me lessons! He taught me things that I still carry with me even now.

"To see him play in a rehearsal room or a small club was nothing short of amazing! They were drum lessons themselves! He had the perfect blend of grace and power. Lots of power!

"He really was such an accomplished player.

"His mother's house was like a shrine to him. There were tons of trophies, awards and other accomplishments of his all over the place!

"He was doing things as a child that most won't ever accomplish!

"The people that had the opportunity to play with him will tell you how he was the real deal.

"Whatever band he was playing with, he made them a million times better.

"Until they saw him play, I know my friends grew tired of me telling them how good he was.

"When I first joined TYPE O, he helped me out with contacts and pointers on how to handle situations professionally. He also helped me out years later with Sabian.

"Just recently, he was telling me how proud he was of me and I made him accept the fact he played a big part in who I am as a drummer. He didn't have to say that. It's just who he was. He was always the same great guy wherever he was or whoever he was with.

"I'm trying to wrap my head around what has happened. A bunch of memories are swirling around right now.

"My condolences to his bandmates.

"My heart is truly broken for his wife and his children.

"If you knew him, you know how big of a loss this truly is. Rest in peace, my friend."

"He had been complaining of a sore arm all week and took a few days off from his tour with the band ADRENALINE MOB," Stanton said.

The 55-year-old Pero was a member of TWISTED SISTER from 1982 to 1986, from 1997 to 1998, and again from 2003 until his death. Pero performed on ADRENALINE MOB's last two albums and recently joined FOUR BY FATE, also featuring former FREHLEY'S COMET members Tod Howarth and John Regan.