The Norwegian vocalist, who for 17 years fronted TURBONEGRO, the self-styled "biggest underground rock 'n' roll band in the world", is known for his raucous ringleading, over-the-top personality and gaudy stage make-up that turns every concert into a party. Touring in support of his new LP, "Egomania", Von Hell is set to prove, once again, that his formidable reputation proceeds him for a reason.

Eight years have passed since Hank left TURBONEGRO and fans all over the world have begged him to reconsider a return to the stage. The Hank Von Hell 2019 North American tour will rock with hellacious force, reaffirming the singer's standing as the king of "death punk" while introducing first time fans to one of hard rock's most voracious vocalists and biggest bad boys. 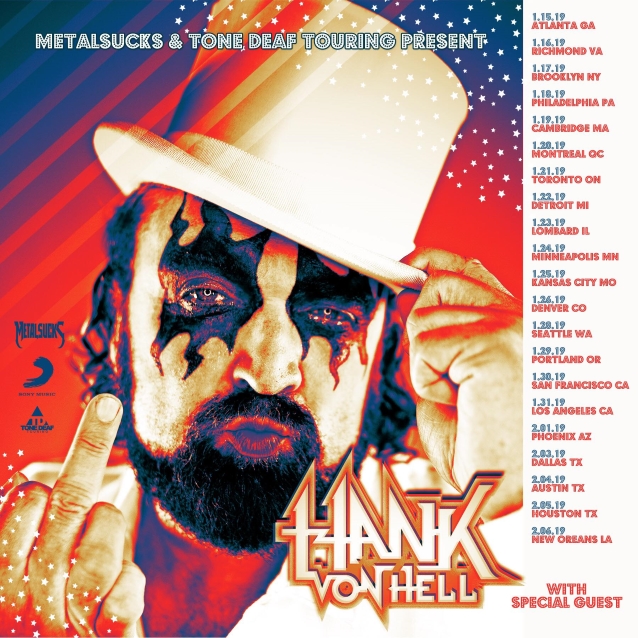