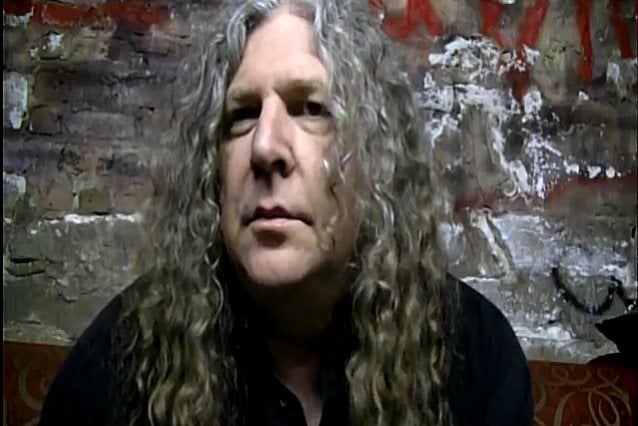 BLACKFINGER, the band led by former TROUBLE singer Eric Wagner, will release its new album, "When Colors Fade Away", this summer via M-Theory Audio.

"I'm extremely excited to announce that BLACKFINGER has signed with M-Theory Audio," says Wagner. "It is an honor and a pleasure to work with Marco Barbieri again after all these years.”

"Eric, the pleasure is all mine," responds Barbieri. "Eric Wagner is a true artist, talent and storyteller. I've spent the last 34 years listening to classic tales weaved by this man; and he is truly one of my favorite vocalists. Along the way I've had the pleasure of working with Eric and TROUBLE while at Century Media during their 'Plastic Green Head' album cycle and even had his other band, THE SKULL, headline one of the Doom In June festivals. Now our co-operation and friendship continues and I am fortunate to release the new and phenomenal BLACKFINGER album."