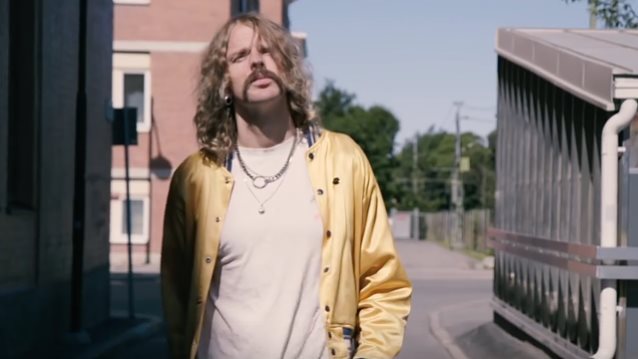 Robert "Strängen" Dahlqvist, who played guitar for the Swedish garage rock band THE HELLACOPTERS for nearly a decade, has passed away. He was only 40 years old.

Dahlqvist was a member of THE HELLACOPTERS from 1999 until the group disbanded in 2008. Since the split, he pursued a solo career and fronted the group DUNDERTÅGET.

Last fall, he released the single "Bangatan", which he wrote with Björn Olsson from THE SOUNDTRACK OF OUR LIVES.

Dahlqvist had several concerts scheduled as a solo artist, including shows in Gothenburg and Ryd in the spring.

THE HELLACOPTERS paid tribute to their former bandmate in a Facebook post: They wrote: "It is difficult to find the words right now but it is with great sadness we have to announce that Robert 'Strängen' Dahlqvist is dead.

"For ten years, we traveled around the world several times together. Shared tour buses and recorded albums. Played at clubs and festivals.

"It's incredibly difficult to describe in words what Strängen meant to us and no matter how hard we'd try, we couldn't explain how much we'll miss him.

"Our thoughts go out to all of the great memories we had together and especially to his family.

"Until we meet again"

The original lineup of THE HELLACOPTERS celebrated the twentieth anniversary of the release of its debut album, "Supershitty To The Max!", with an appearance at last year's edition of the Sweden Rock Festival.